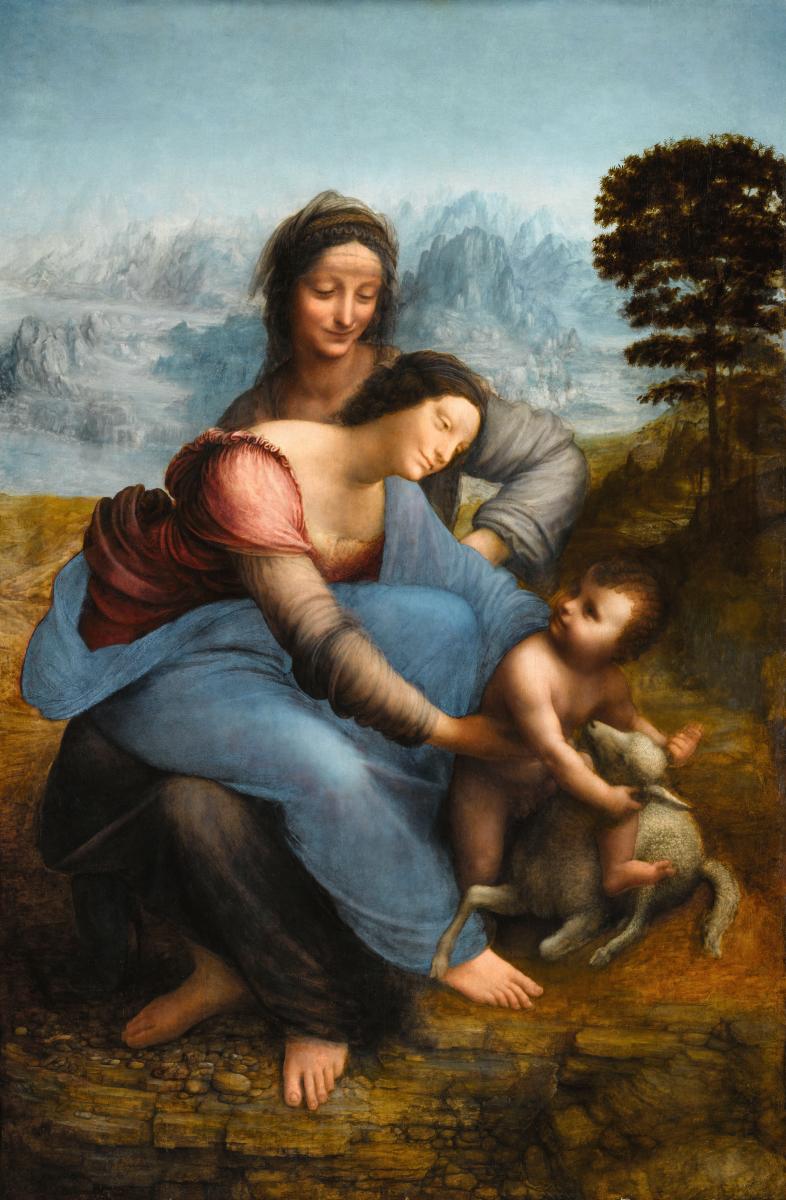 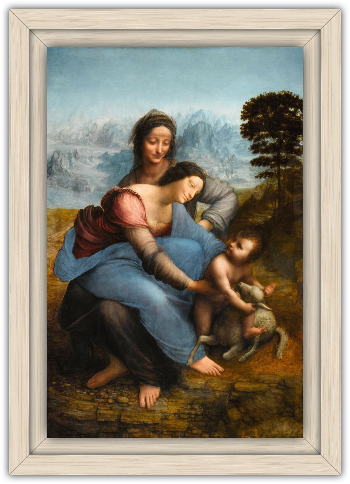 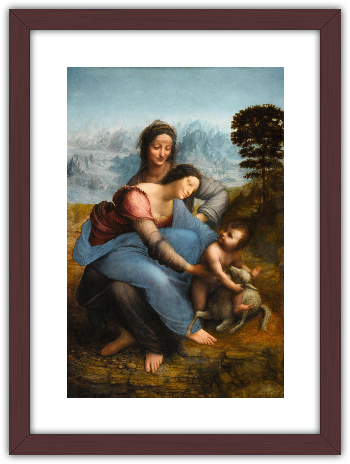 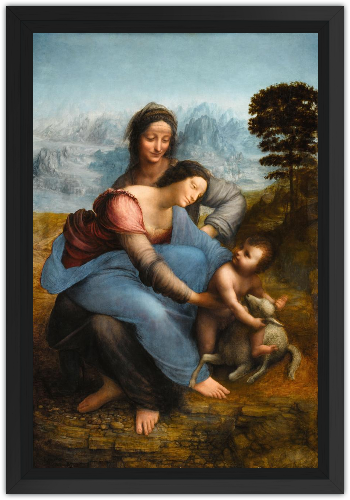 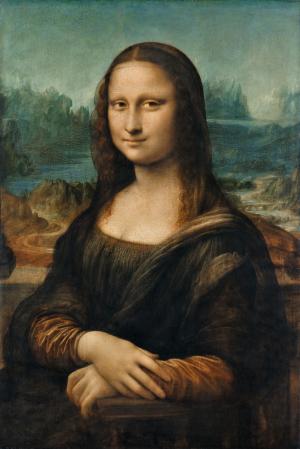 Saint Anne, the Virgin Mary and the Infant Jesus – three generations, two the fruit of immaculate conception – are portrayed in a landscape. The picture was very probably commissioned as an ex-voto to Saint Anne in gratitude for the birth of Louis XII’s daughter, but Leonardo worked too long on the picture to deliver it. The composition is a fine example of his experimentation with figure composition and greatly inspired artists of the following generation.

The picture is thought to have been commissioned by Louis XII of France to celebrate the birth of his only daughter, Claude, in 1499 – Anne was the name of his wife and of the patron saint of infertile and pregnant women. But the picture was never delivered to Louis XII since an observer noted its presence in Leonardo’s workshop in 1517 – the artist was then lodged by François I at Cloux, near Amboise. The Virgin and Child with Saint Anne’s reported presence in the Palais Cardinal (the present-day Palais Royal) in 1651 has fuelled the hypothesis that the picture entered the royal collection via Richelieu’s ministrations. But in all likelihood it was François I who acquired it from Leonardo’s assistant, Salai, for a considerable sum recorded in archives. However, prior to Le Brun’s 1683 inventory, no record of such a picture at the Château de Fontainebleau confirms this.

Several preparatory works – the cartoon in the National Gallery in London and several drawings including the one in the Louvre (RF 460) – retrace the work’s gradual development. Leonardo replaced the young Saint John the Baptist in the first sketch by a symbol, the Lamb of God, and slid the Infant Jesus off his mother’s knees towards the ground. He gave more importance to Saint Anne, who becomes the axis of a triangular composition. The figures’ natural gestures interlock with one another: Anne’s right arm blends with Mary’s, whose head conceals her mother’s shoulder, and Mary’s left arm is prolonged by Christ’s. This interplay conveys meaning: the idea of lineage and the Incarnation of Christ, whose destiny, the Passion, is foreshadowed by the Lamb at the precipice’s edge. Leonardo’s originality here lies in his iconography (the addition of the Lamb) and his geometric yet dynamic composition.

As he did in The Virgin of the Rocks, Leonardo set a religious scene in a fantastic landscape and placed an abyss between viewer and figures. The mountainous distance is conveyed by atmospheric perspective with bluish and crystalline highlights and reflects his interest in geology and meteorological phenomena.

The sfumato, Leonardo’s trademark painterly effect, unifies the composition by enveloping the figures and landscape in a diffuse, evanescent and poetic haze. This imbues the highly expressive faces with great gentleness. The work exudes an aura of strangeness which, combined with the subtle expressions and the picture’s unfinished state has given rise to a number of psychoanalytical interpretations since Freud.

The picture decisively influenced subsequent generations of artists, both classically-inspired painters such as Raphael and Solario, and Mannerists such as Andrea del Sarto.