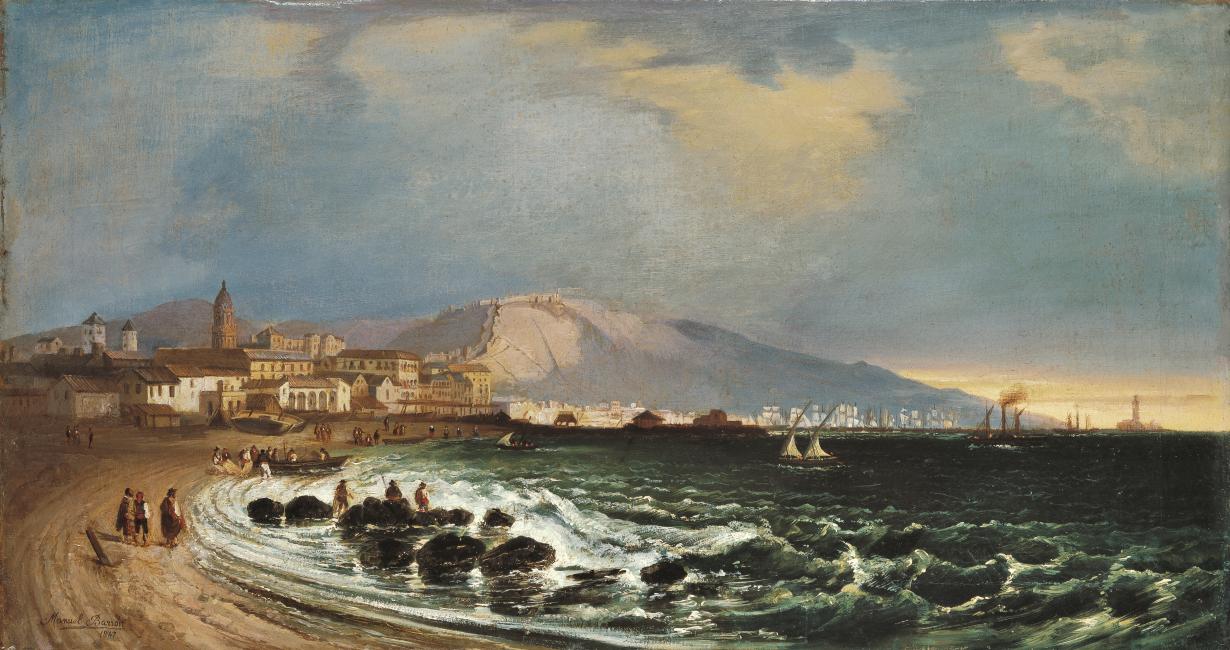 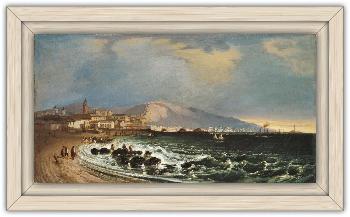 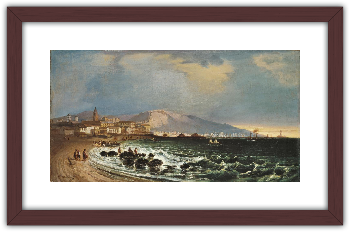 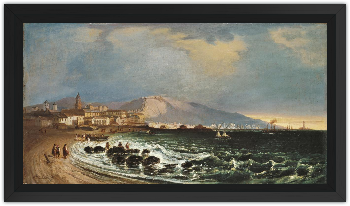 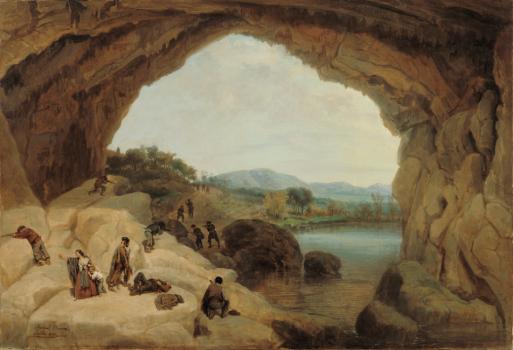 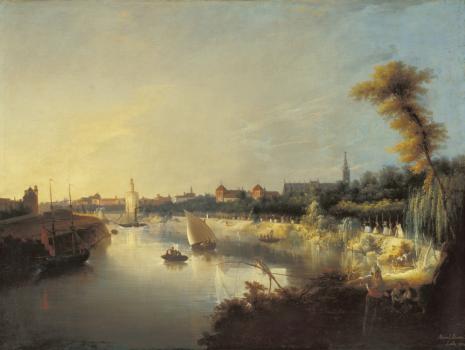 The format and characteristics of this landscape make it a typical 19th-century cabinet painting. It shows a panoramic view of the city of Malaga from the southeast at the end of a sombre afternoon enlivened by inland breezes. This sunset view with an atmosphere very much in keeping with Romantic tastes nevertheless contradicts the real orientation, as the west should in fact fall on the opposite side to that shown in the painting unless it is a dawn view, though we consider this highly inprobable in Barrón?s case. It is more likely that the artist drew inspiration from another picture with this lighting, which he adapted to suit his own needs, and the present landscape is therefore almost certainly based on a print or earlier picture of the city.

All this imbues it with an emphatic and theatrical air that is evident here, especially in the areas of semidarkness that alternate with areas that are brightly lit; indeed, Barrón widely used this device in his works. Particularly expressive features are the lights above the Gibralfaro mountain and the Arab walls of the Alcazaba, the sails of the ships docked at the harbour, the distant outline of the lighthouse of San Nicolás and the funnels of a steamer, as well as the choppy waves that crash somewhat artificially against the foreground rocks.

It is appropriate to recall the importance of the new society that developed in 19th-century Spain, where the cities of the periphery attained a new prosperity. In the region of Andalusia, Malaga and, in particular, Cadiz with their active seaports enjoyed particular social significance and underwent substantial economic, political and cultural growth. It is therefore not surprising to find works of this kind ? commissioned by clients and stemming from the identification of a certain local bourgeoisie with the image of a city that was the backdrop to its commercial and cultural activities ? among the production of a landscape artist like Barrón.

Landscapes of this type showing the port, monuments and surrounding area were thus a new cultural product that sprang partly from the use made by some Andalusian artists such as Barrón of images created earlier by foreign artists. The present painting is based on an engraving by Alexandre de Laborde from the Voyage pittoresque et historique de l?Espagne, published in Paris in 1806, and respects many of its features and layouts.