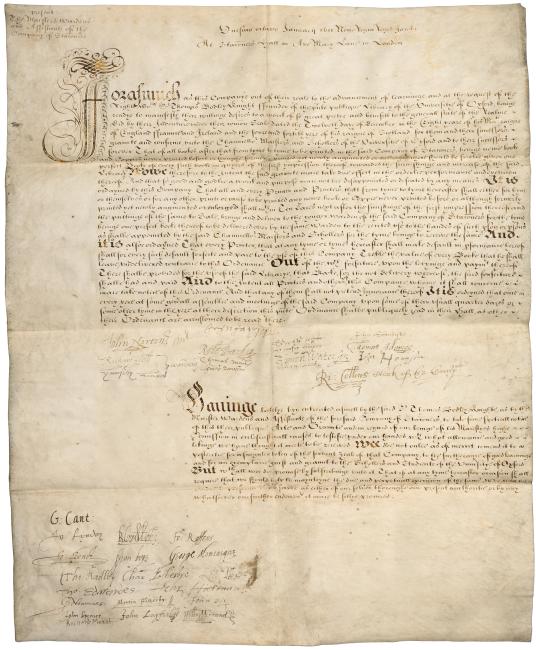 Agreement between the Bodleian and the Stationers' Company
University Archives 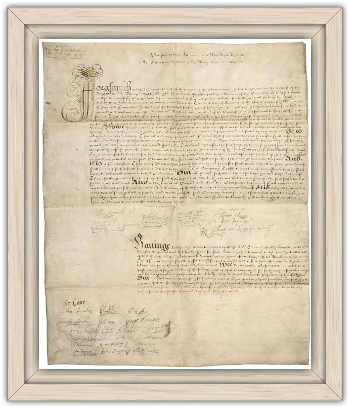 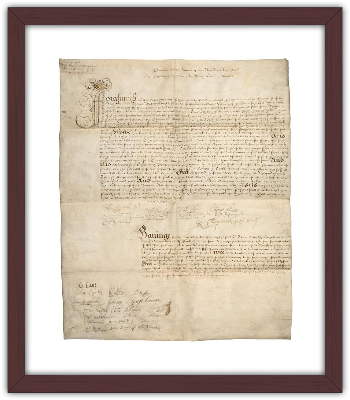 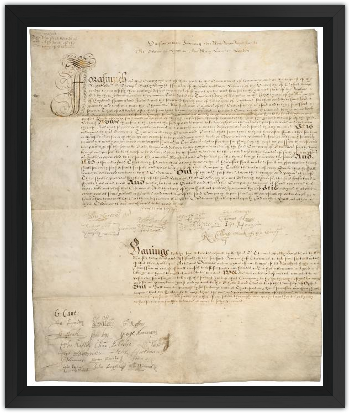 Title: Agreement between the Bodleian and the Stationers' Company Artist: University Archives

Today the Bodleian is one of six libraries in the United Kingdom entitled by law to a copy of all printed works when they are published. When it was founded, the book trade was tightly controlled by the Stationers? Company of London and no law of this kind existed. Yet only a few years later, on 12 December 1610, an agreement was reached with the Stationers whereby the Library was entitled to receive one unbound copy of every new book published by their members. At the beginning of 1612 the agreement of 1610 was reaffirmed. To give the document further weight nineteen members of the Court of High Commission added their signatures to it, including the Archbishop of Canterbury (?G. Cant?). Furthermore, any stationer who did not comply with the agreement would from then on be fined.