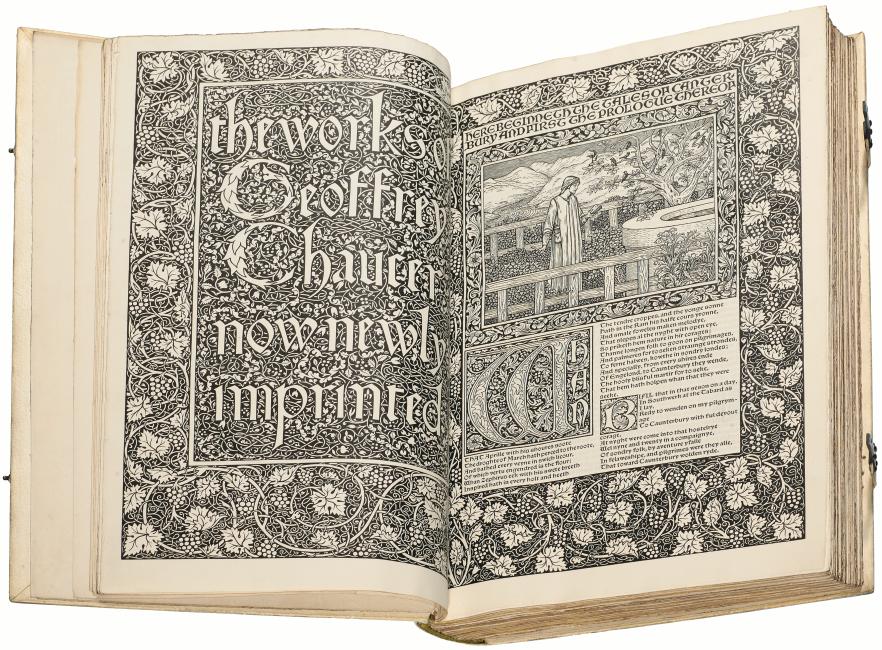 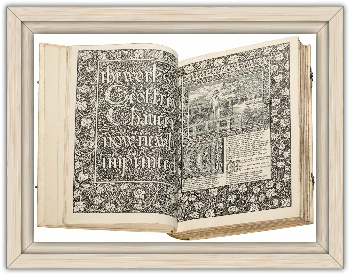 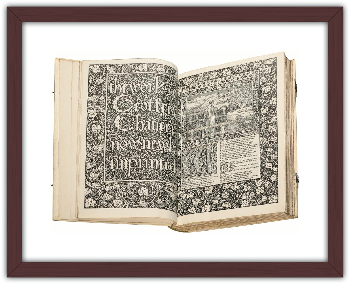 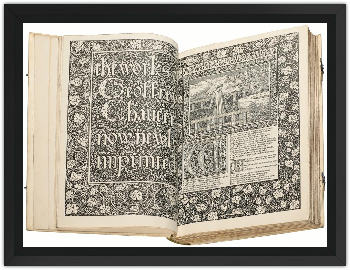 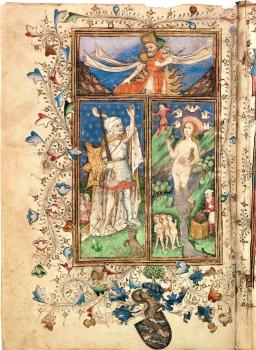 At a time when the art of printing was at a low point and publishers were releasing one dismal-looking volume after another, Morris extolled the virtues of the craftsman and the hand-made book. When in the last years of his life he made books himself, he did so in emulation of the exceptional medieval and Renaissance works he knew from the Bodleian and elsewhere. In a world where so much was quickly and carelessly produced, he laboured to create artefacts of integrity and beauty. His crowning achievement is undoubtedly The Works of Geoffrey Chaucer. Printed on the finest paper in a deep black ink, it is an astonishing feat. There are eighty-seven woodcut illustrations by Sir Edward Burne-Jones, and Morris designed an ornamental title page, fourteen large ornamental borders, eighteen different frames round the illustrations, twenty-six large initial words, and numerous ornamental initial letters. He also designed the type.