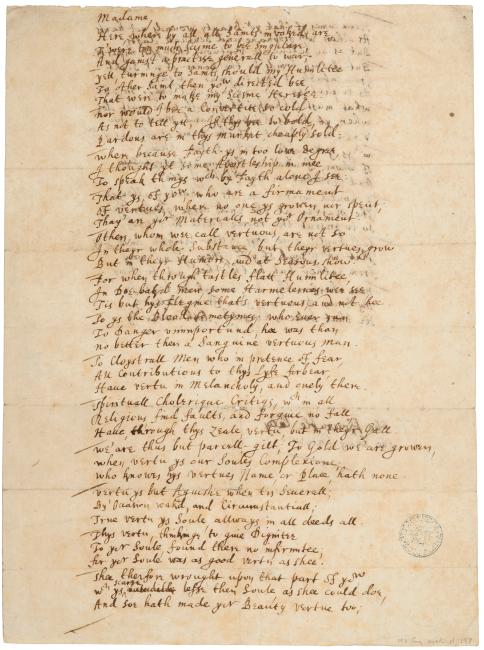 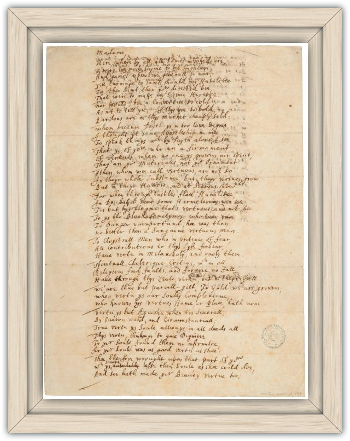 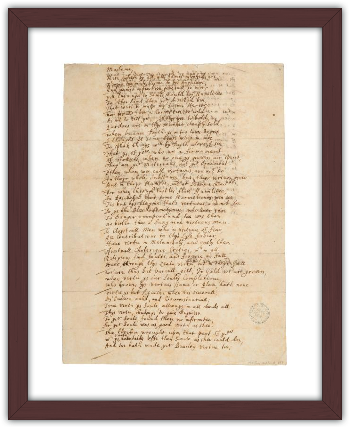 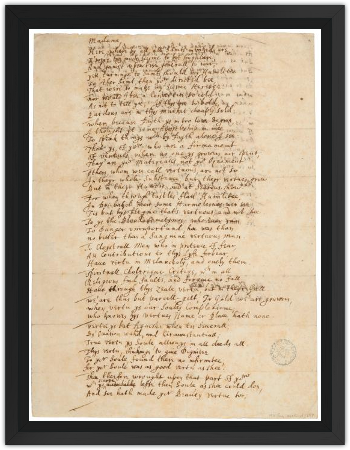 Just two of John Donne?s poems appeared in print in his lifetime; the others existed in manuscript copies which were circulated privately among small groups. Of his English poems, this is the only manuscript to have survived in the poet?s own hand. It is a flattering verse epistle to two well-born ladies who were personally unknown to him. The manuscript may be Donne?s original and only version of the poem, or it may be a fair copy of a rougher early draft; either way, it is gracefully written on thin, gilt-edged paper, which was then folded into a thin strip and sent by hand to Lady Carey.