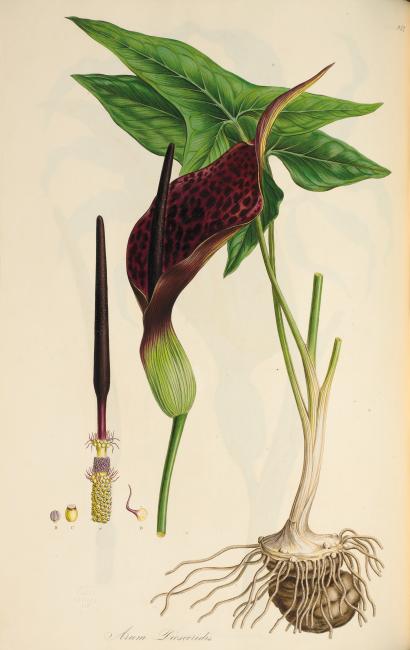 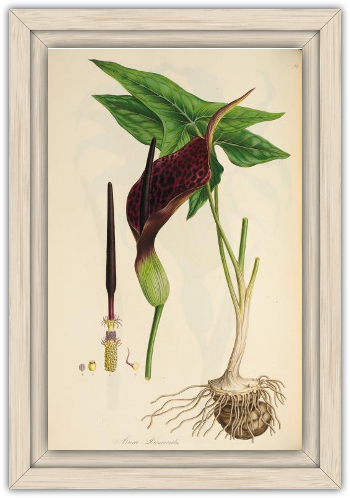 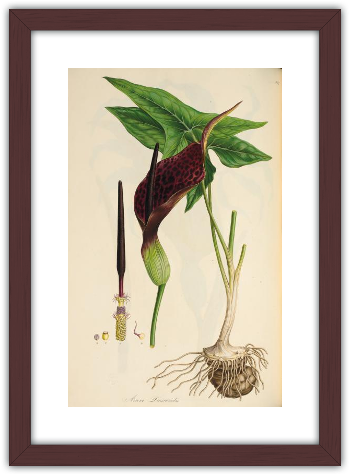 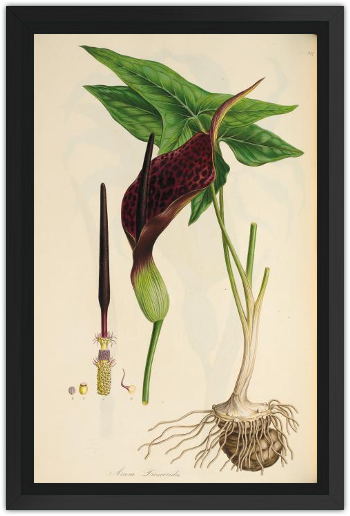 Sibthorpe directed in his will that the proceeds from one of his estates be used to publish his botanical fieldwork in a most magnificent form. It was estimated that this enormous task would take eleven years to complete. In the end it took forty. Leading botanists put  Sibthorpe?s extensive but chaotic materials into a lucid and intellectually coherent form, and Bauer?s watercolours were transferred on to copper plates by experienced botanical engravers, then meticulously hand-coloured. Just twenty-five sets of Flora Graeca were published, containing 966 plates in Sibthorpe?s stipulated ten folio volumes. The brilliance of the engraving and colouring can be appreciated by comparing the plate of Arum dioscorides with Bauer?s original watercolour.