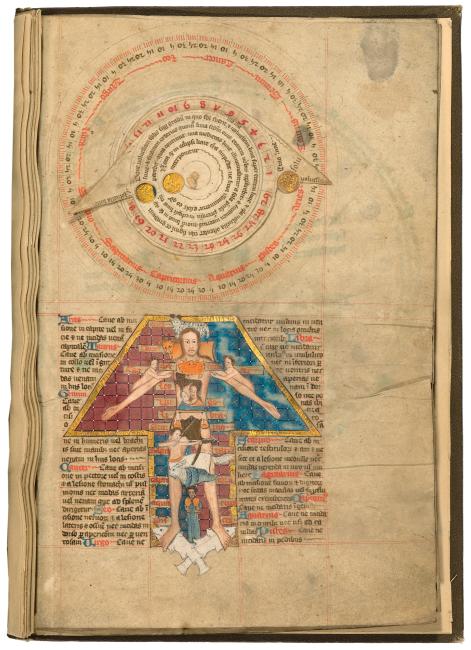 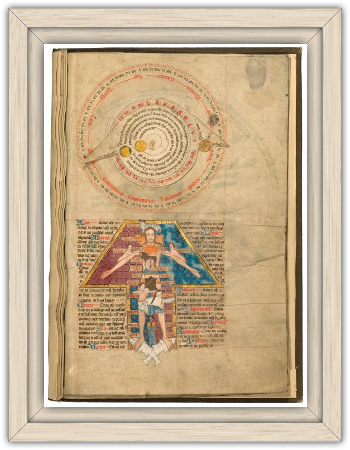 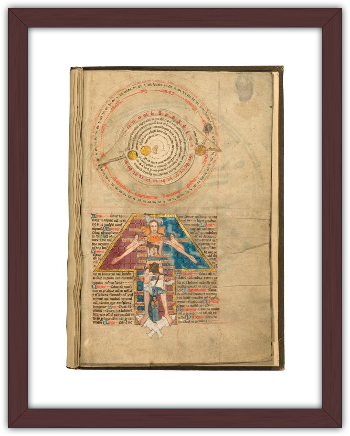 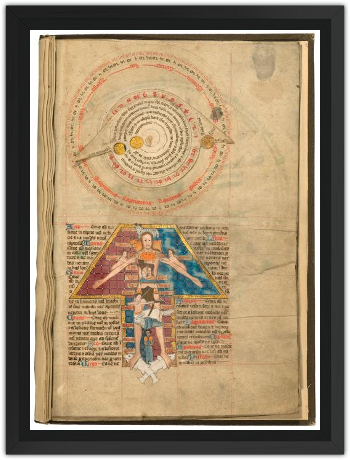 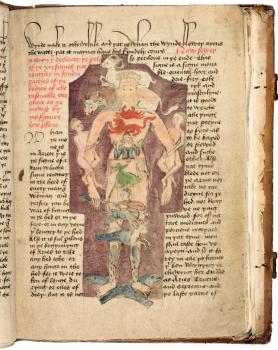 This manuscript contains the observational records of John Somer, a Franciscan friar associated with the Merton school of astronomy that flourished in fourteenth-century Oxford. His Kalendarium contains astronomical data covering the four Metonic (nineteen-year) cycles between 1387 and 1462. The data are presented in a series of tables and diagrams, and linked to saints? days. The inclusion of a traditional ?zodiac man? illustrates the inseparability, at that time, of astronomy, astrology and medical practice. The parts of the body were directly related to the heavenly spheres, and in the illustration the signs of the zodiac are superimposed on specific areas of the human figure. When the moon was in a particular sign, then blood should not be let from the corresponding part of the body. Using the turning disk (volvelle) above the zodiac man, a reader could calculate the longitude and phases of the moon at a particular time.