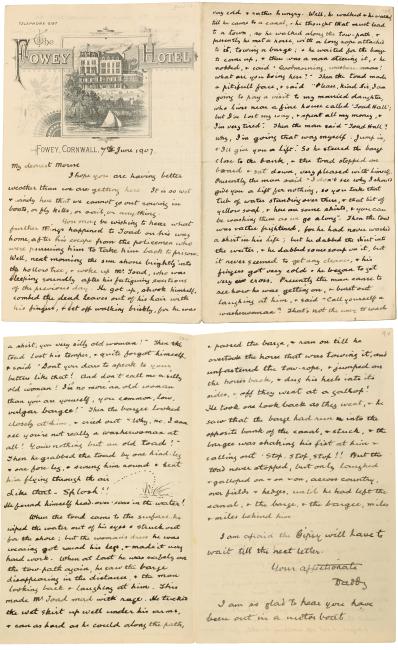 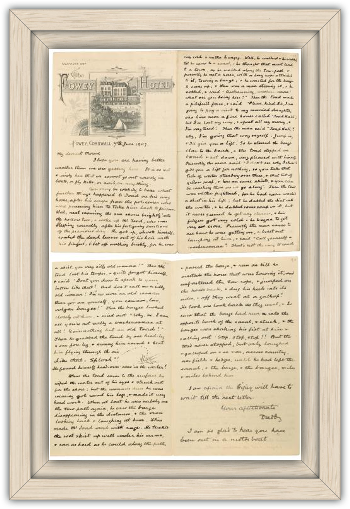 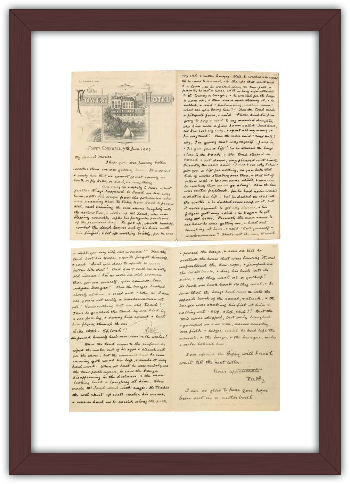 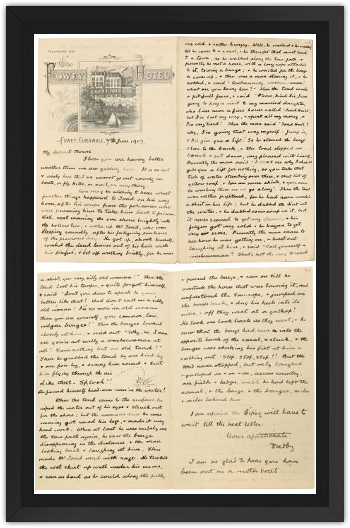 In May 1907 Kenneth Grahame began a series of letters to his seven year-old son Alastair, known in the family as ?Mouse?. Grahame and his wife were taking a long holiday in Cornwall, and Alastair had agreed to stay behind with his nanny on condition that his father sent him regular bedtime stories by post. Over five months Grahame penned fifteen letters recounting the adventures of Rat, Mole, Badger and Toad, occasionally adding little sketches. These letters would form the basis of parts of his classic novel, The Wind in the Willows, which was published the following year.