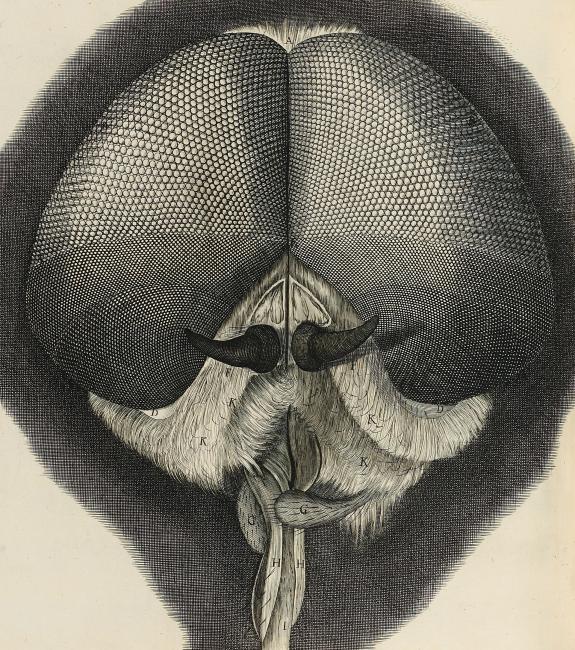 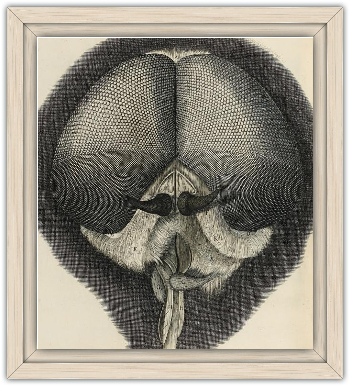 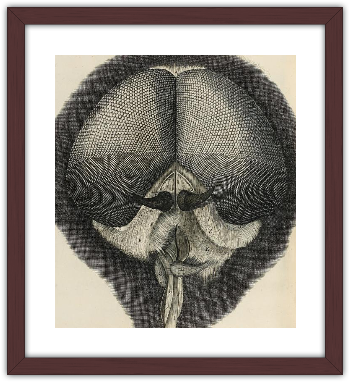 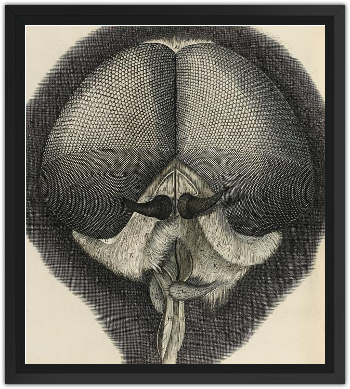 Micrographia was the first work in English to publish observations made under the microscope. Among the minute natural structures it revealed for the first time were ?the Sting of a Bee?; ?Peacocks Feathers?; ?the Feet of Flyes, and other Insects?; ?the Head of a Fly?; ?the Teeth of a Snail?; ?the Beard of a wild Oat? and ?Diamonds in Flints?. Hooke exploited the possibilities of the printed book to produce something that was both scientifically ground breaking and accessible. The engraving shown here, one of the most striking in the book, illustrates Observation XXXIX, ?Of the Eyes and Head of a Grey drone-Fly, and of several other creatures?. The compound eyes are wonderfully rendered in the engraving, as are the textures of different parts of the head, creating something extraordinarily immediate.