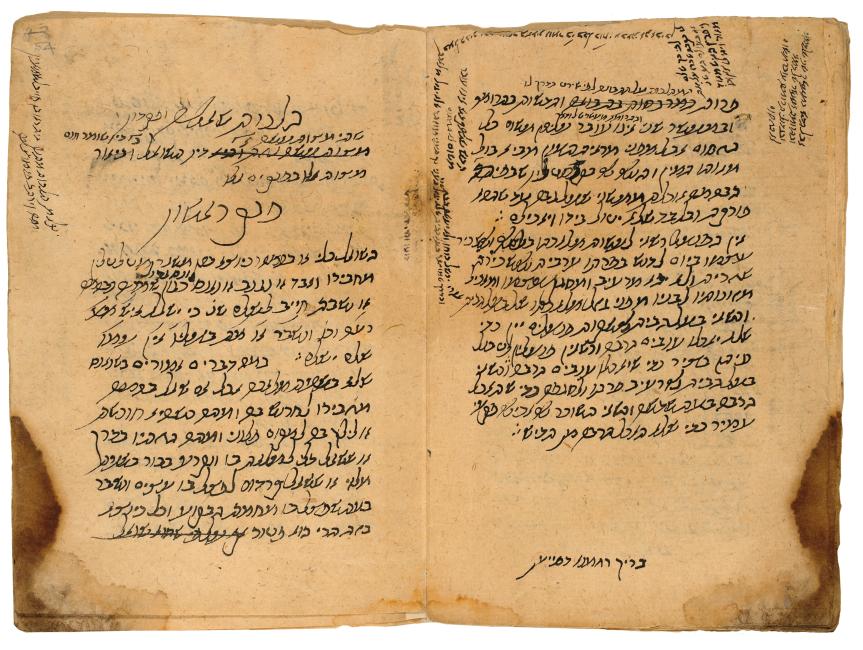 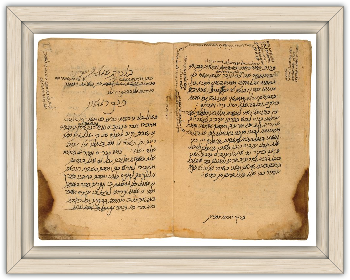 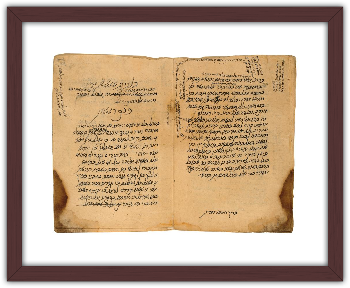 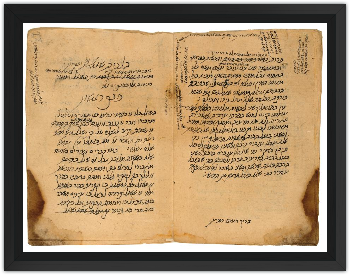 Title: Draft of a part of the Mishneh Torah (Repetition of the Law) Artist: Moses Maimonides

Moses Maimonides was the greatest Jewish scholar of the Middle Ages. As a rabbinic authority, his finest achievement was the Mishneh Torah or Repetition of the Law. Completed in 1180, it is a classification by subject matter of the entire talmudic and post-talmudic literature of Jewish law. This manuscript fragment contains drafts, in Maimonides? own hand, of parts of the Mishneh Torah: the end of the section on Laws of Hire and the beginning of the section on Laws of Borrowing and Deposit. It came to light in the 1890s with the discovery of the Cairo Genizah. A genizah is a special chamber attached to a synagogue where discarded pages containing the name of God were stored, to protect that name from profanation.