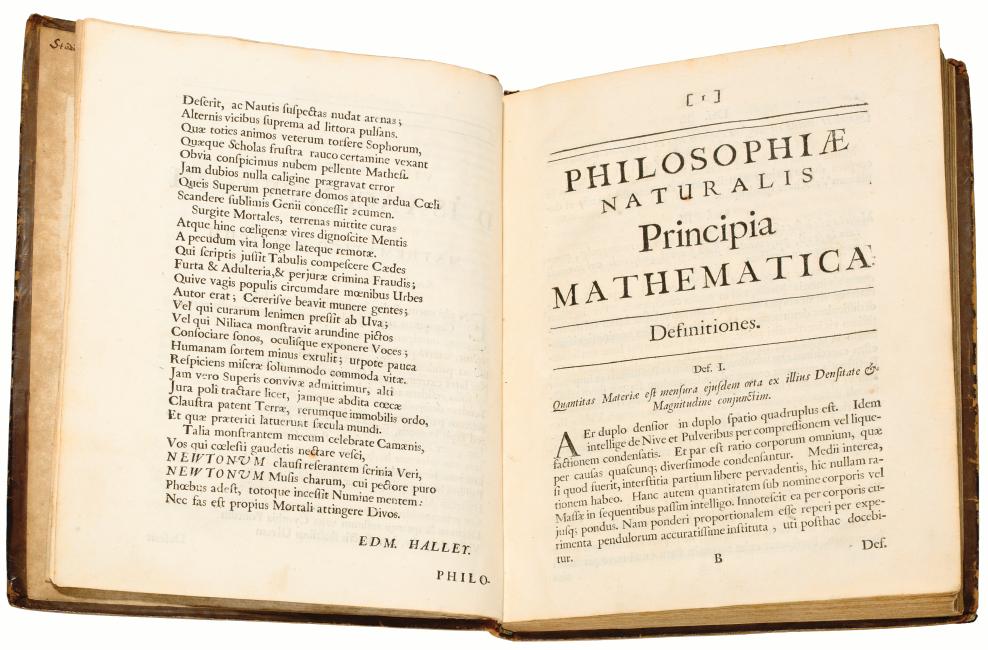 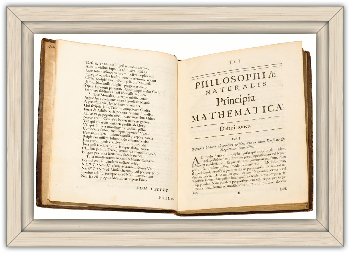 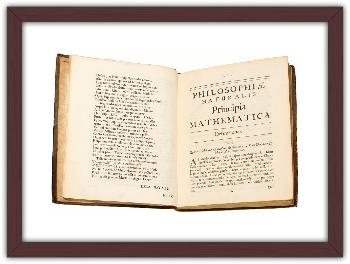 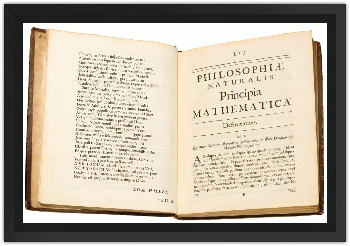 Isaac Newton?s Principia mathematica provided the basis for modern physics, from the inverse square law of gravity to the three universal laws of motion. Its publication was in large measure due to Edmond Halley, who persuaded Newton to publish it, edited the lengthy Latin text, oversaw the making of the many mathematical diagrams, and read the proofs. Halley also wrote a poem to preface Newton?s text, in which he portrays Newton as a man of genius who towers above his fellow human beings and has enabled them to see ?the patterns of the heavens, and the balances of the divine structure?. This copy of the first edition of the Principia was given by Halley to a brilliant young Swiss mathematician, Nicolas Fatio de Duillier Fatio.