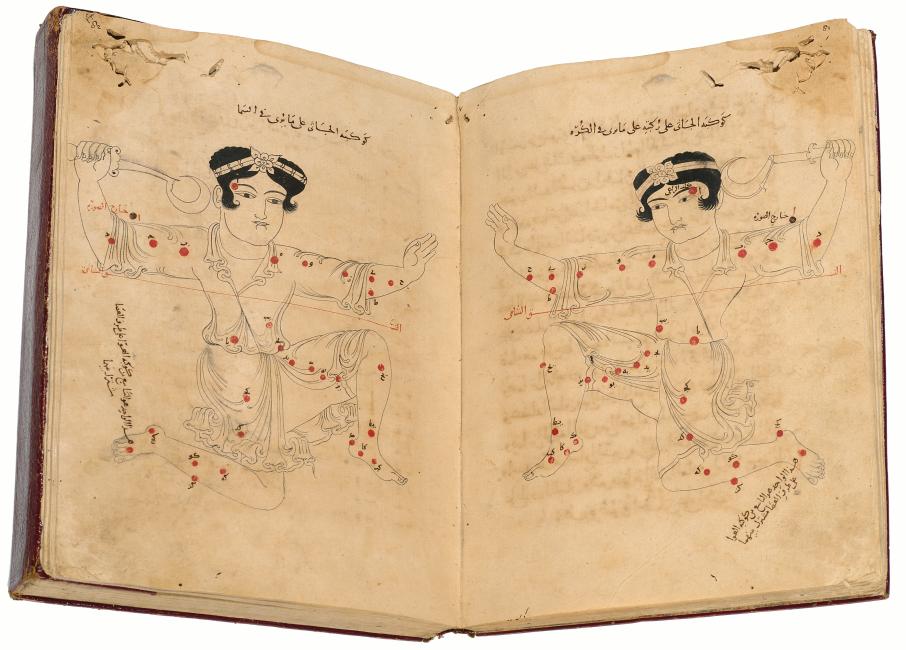 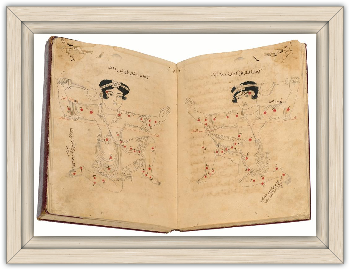 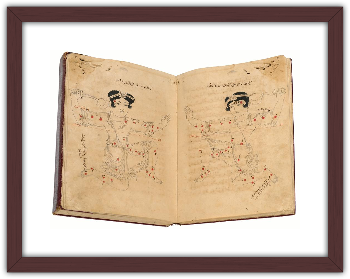 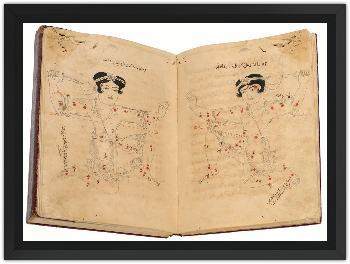 This is a very early manuscript of the most important guide to the constellations in the Islamic world, written by al-??f?, a court astronomer in Isfahan, Iran. al-??f? describes each constellation in turn, and follows his descriptions with a catalogue of its stars according to Ptolemy. But he builds on Ptolemy by making amendments and revisions according to his own detailed observations. Drawn around each star pattern is the appropriate figure of the zodiac. Usually al-??f? gives an Arabic transcription of the Greek names for the constellations, then gives the names which had been assigned to them by the Arabs. He provides two illustrations for each constellation: one as represented on a celestial globe, and one as seen from the ground.