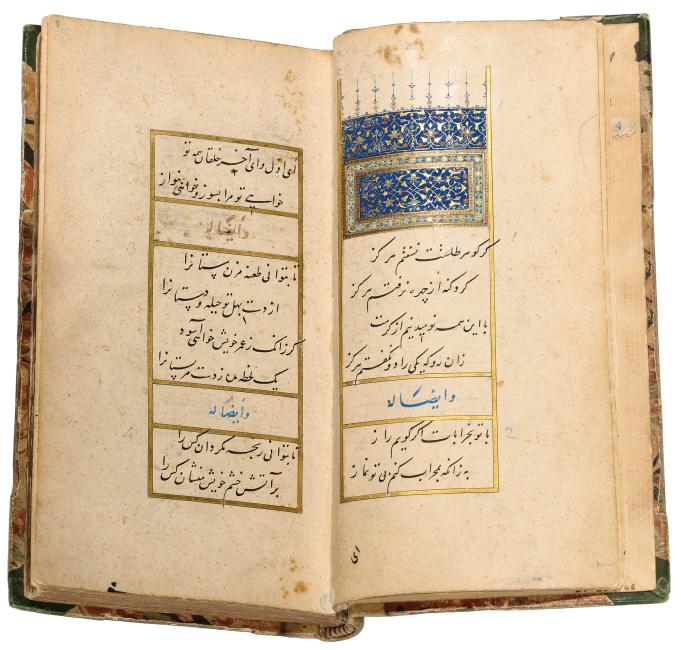 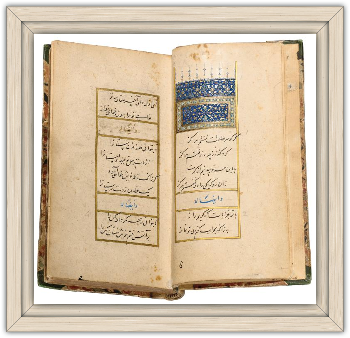 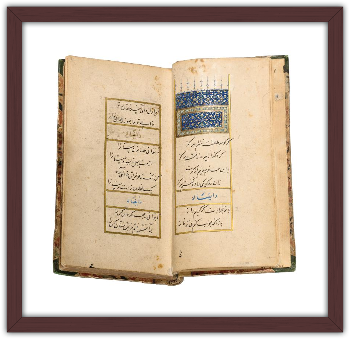 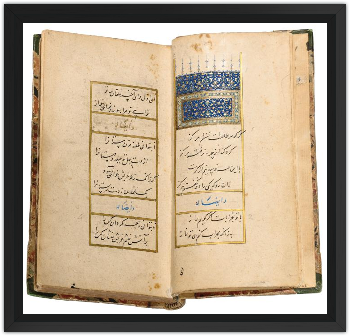 ?Umar Khayy?m was a Persian mathematician, astronomer and philosopher. He is also credited with several hundred rub? ??s or quatrains which centuries later formed the basis of one of the most popular poems in English literature, Edward FitzGerald?s Rubáiyát of Omar Khayyám. FitzGerald began to learn Persian in Oxford, from his friend Edward Byles Cowell. For his translation of ?Umar Khayy?m?s quatrains he had two Persian texts, both supplied to him by Cowell. One was a copy of the manuscript displayed here: an exquisite production with intricate illuminations and a flowing nastaliq script bordered with gold which Cowell had discovered in the Bodleian. The other was Cowell?s copy of a manuscript he had found in the library of the Asiatic Society in Calcutta.