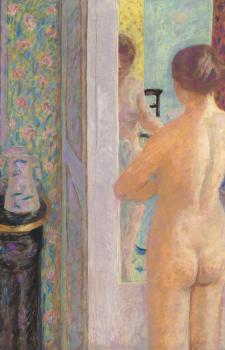 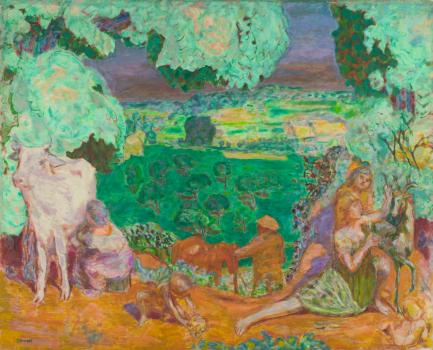 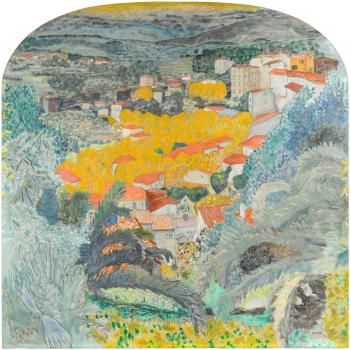 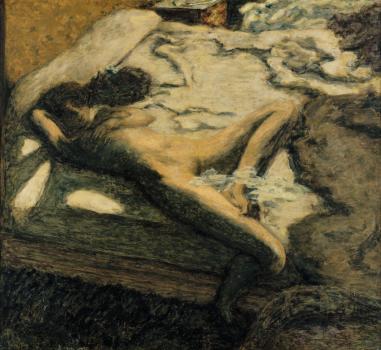 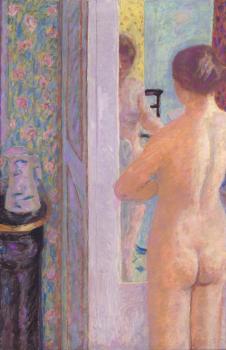 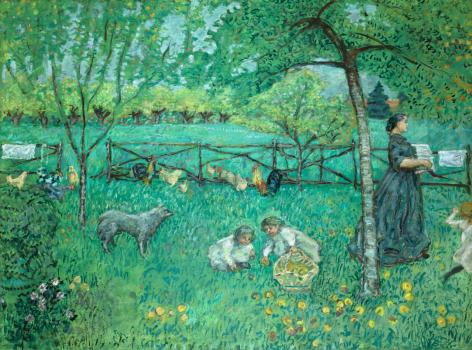 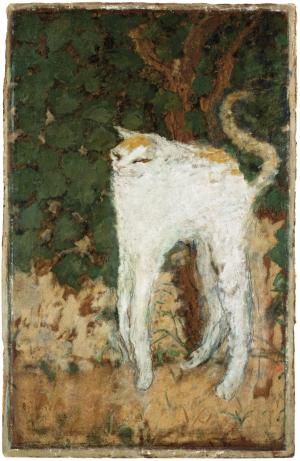 Chronology: Circa 1874 Technique: Tempera on canvas

This strangely shaped canvas is the fourth leaf of a folding screen dismantled after the artist's death; the three other leaves, decorated with a landscape, are now in the Museum of Modern Art, New York. The set is known from a drawing in one of Bonnard's sketch books and from a photograph of his studio where it appears in the background.

Apart from practical reasons such as the need to find a fourth panel for his screen, it is difficult to explain why Bonnard added such a different subject as Child making a Sand Castle to the leafy composition calledCountry Scene. The panel can be seen as a separate composition.

This work belongs to Bonnard's Nabi period, during which he took his inspiration largely from family life which he handled with delightful detachment, combining observation, humour and tenderness. InChild Making a Sand Castle, the painter plays on the contrast between the open space of the garden in front of the house, synthetically indicated by an orange tree in a pot and the edge of steps, the tiny form of the squatting child and the miniature bucket. This arrangement in staged planes brings to mind the Japanese prints which Bonnard, "the very Japanese Nabi", was so fond of while the gentle colour harmony gives this panel the contemplative resonance of Chinese painting. A sense of peace emanates from the graceful crouching child, observed unawares; his head with its outsized beret looks uncannily like a mushroom.

At the Musée d'Orsay, this panel, along with Vuillard's Public Gardens, illustrates the Nabis' great decorative ambition.