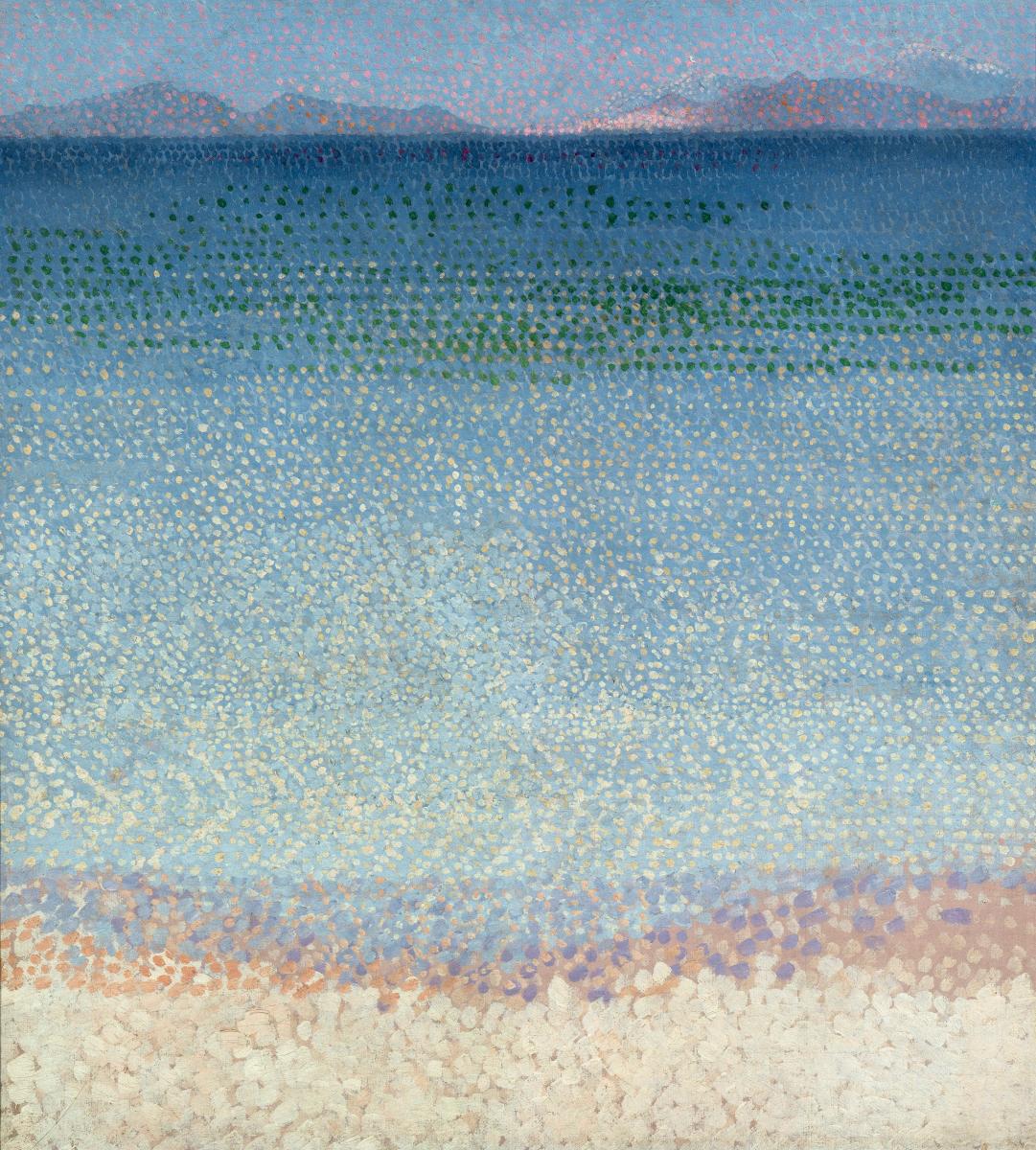 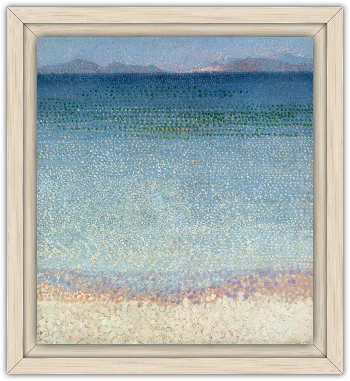 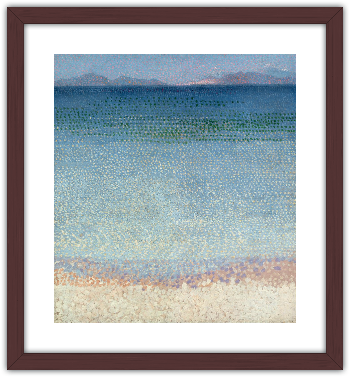 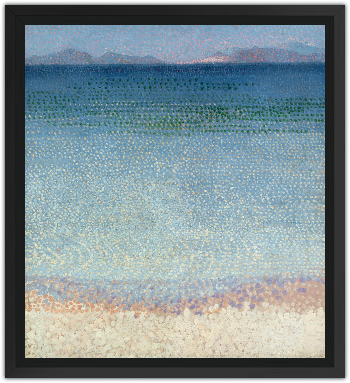 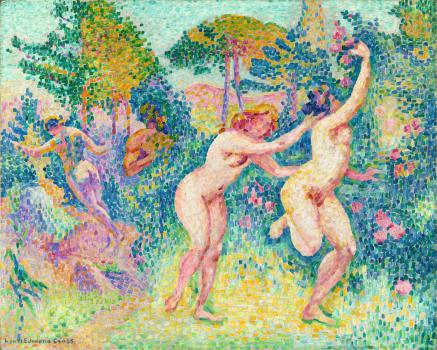 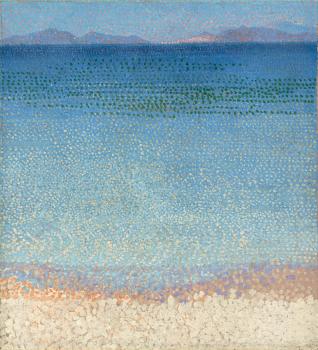 Chronology: Between1891 and 1892 Technique: Oil on canvas

An exhibition of the work of Henry-Edmond Cross opened at the Druet Gallery in Paris on 21 March 1905. Emile Verhaeren, in a letter prefacing the catalogue, described the surroundings in which his friend had been living since he had joined him in the South of France: "I see the sea close by, the mountain chain of the Maures and in the distance the islands of Hyères, so beautiful that they are called the Golden Isles. [?] the mountains unroll their ornamental line along the horizon and in the curve of the beaches, between the points of a succession of large capes, the fine yellow sand sparkles in the light". The poet could be describing the landscape ofThe Golden Isles which Cross painted in 1891-1892.

Although the subject of the canvas is indeed the islands, Cross has eliminated all picturesque elements and concentrated on the effects of light on colour. The various elements in the landscape become three large coloured bands: the sand, sea and sky.

In keeping with the Neo-impressionist technique that he had recently begun to apply, he used rounded brushstrokes of various sizes from the dabs in the foreground to the tiny dots on the horizon, adjusting the spacing to create a slight effect of perspective. The very high horizon line running across the composition is a direct reference to the Japanese art of Ukiyo-e prints.

Such a resolutely modern work could not fail to please Felix Fénéon, an ardent defender of Neo-impressionism, who bought it. The canvas was no doubt Cross' most daring work; it joined the national collections in 1947 after the first auction of the critic's collection.