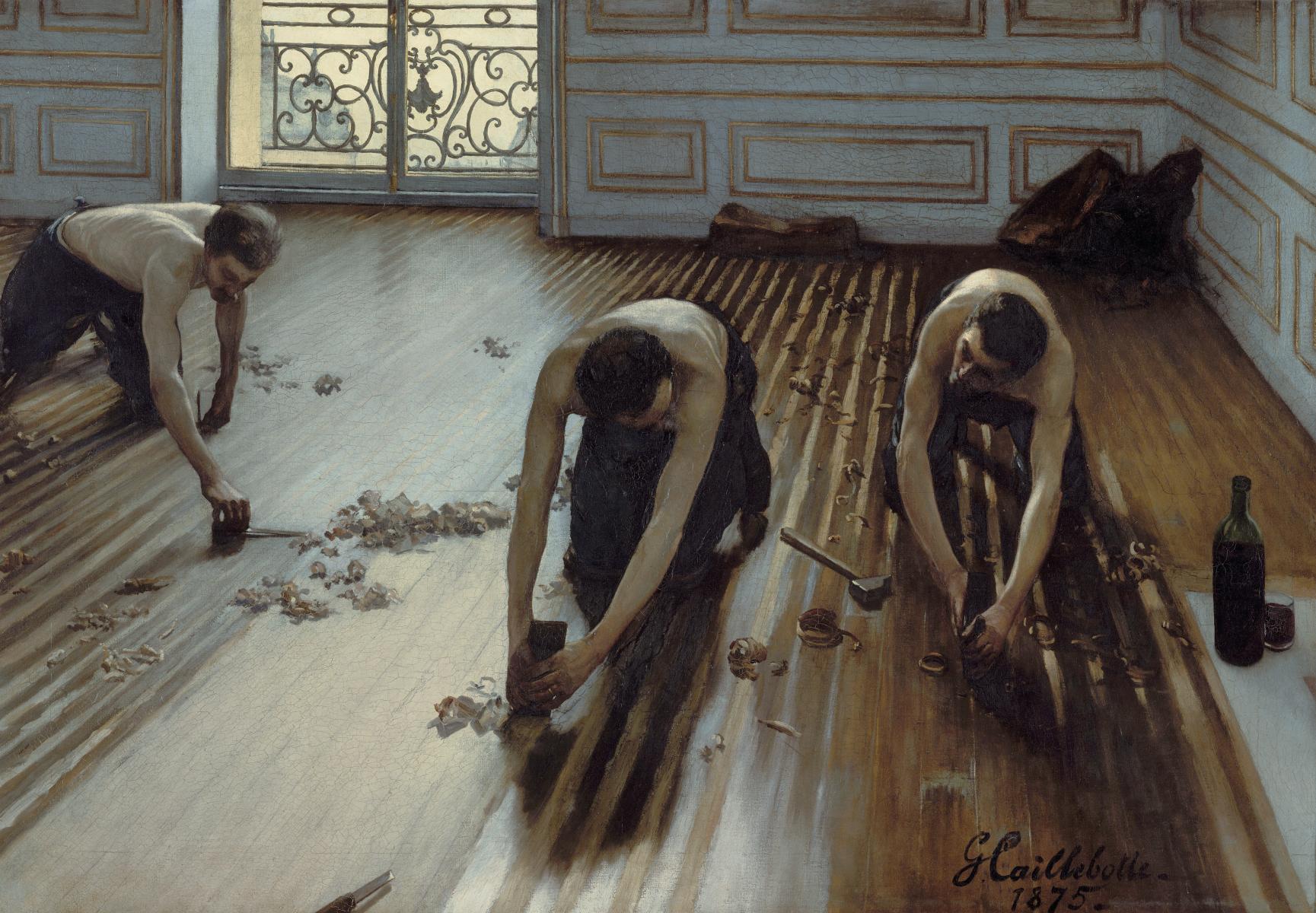 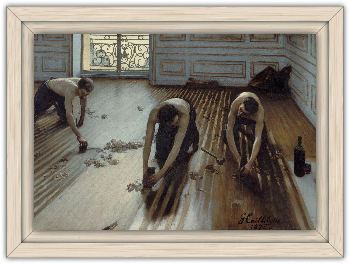 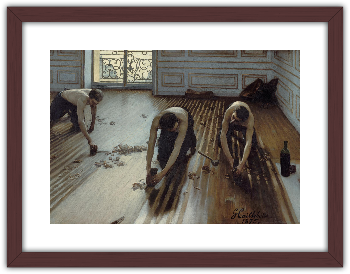 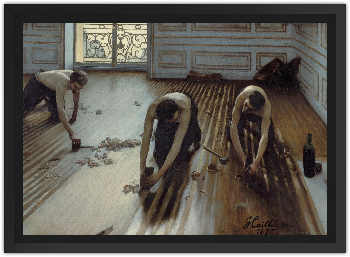 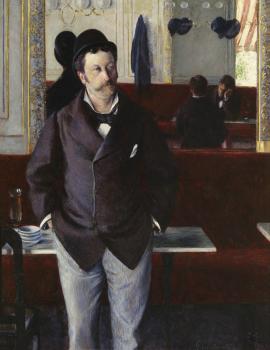 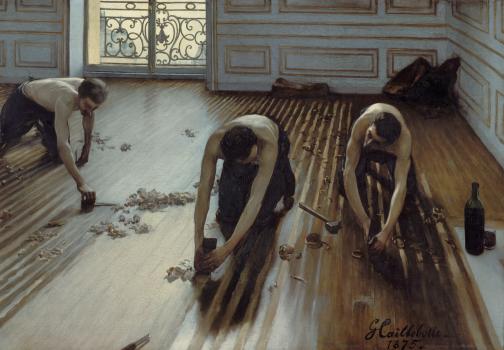 This painting is one of the first representations of urban proletariat. Whereas peasants (Gleaners by Millet) or country workers (Stone Breakers by Courbet) had often been shown, city workers had seldom been painted. Unlike Courbet or Millet, Caillebotte does not incorporate any social, moralising or political message in his work. His thorough documentary study (gestures, tools, accessories) justifies his position among the most accomplished realists.

Caillebotte had undergone a completely academic training, studying with Bonnat. The perspective, accentuated by the high angle shot and the alignment of floorboards complies with tradition. The artist drew one by one all the parts of his painting, according to the academic method, before reporting them using the square method on the canvas. The nude torsos of the planers are those of heroes of Antiquity, it would be unimaginable for Parisian workers of those times. But far from closeting himself in academic exercises, Caillebotte exploited their rigour in order to explore the contemporary universe in a completely new way.

Caillebotte presented his painting at the 1875 Salon. The Jury, no doubt shocked by its crude realism, rejected it (some critics talked of "vulgar subject matter"). The young painter then decided to join the impressionists and presented his painting at the second exhibition of the group in 1876, where Degas exhibited his first Ironers. Critics were struck by this great modern tableau, Zola, in particular, although he condemned this "painting that is so accurate that it makes it bourgeois".

Source: Musée d'Orsay
The email was successfully subscribed to our list
Aceptar