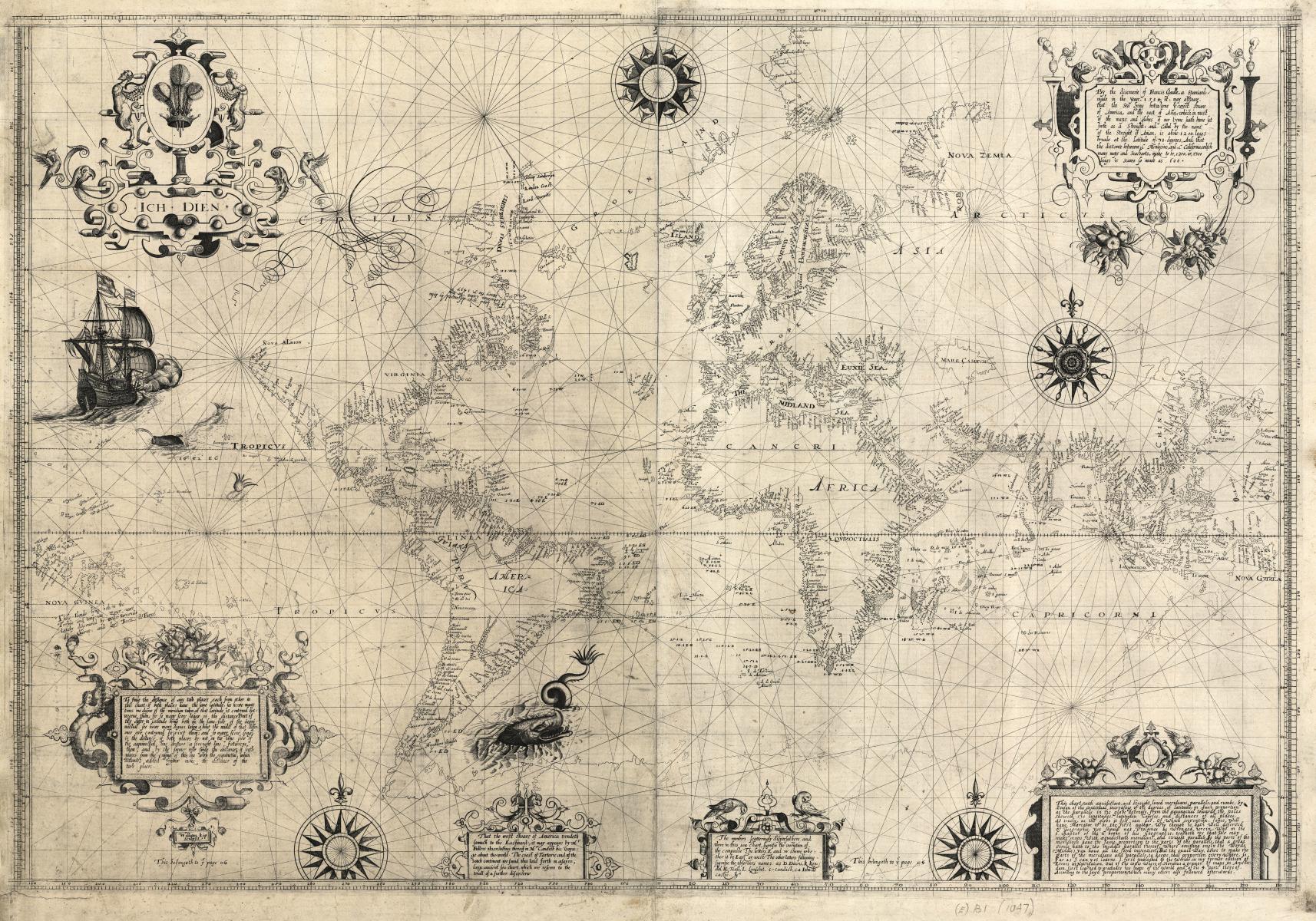 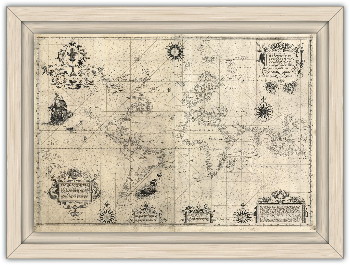 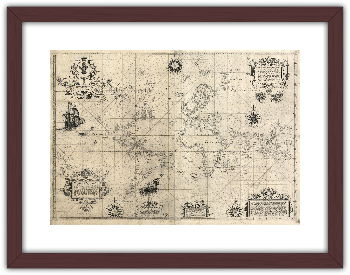 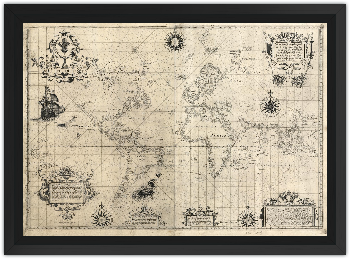 Edward Wright's map of the world, as published in his book Certaine errors in navigation. This copy is from the second edition of the book in 1610. The projection, devised a few years before by Gerard Mercator, enabled mariners to plot a compass course as a straight line and made navigation much simpler.

This chart with equidistant and streight lined meridians, parallels and rumbs ... sheweth the longitudes, latitudes, courses and duistances of all places, as truly, as the globe itself can doe ...  (Edward Wright, 1610).( E ) B1 (1047).