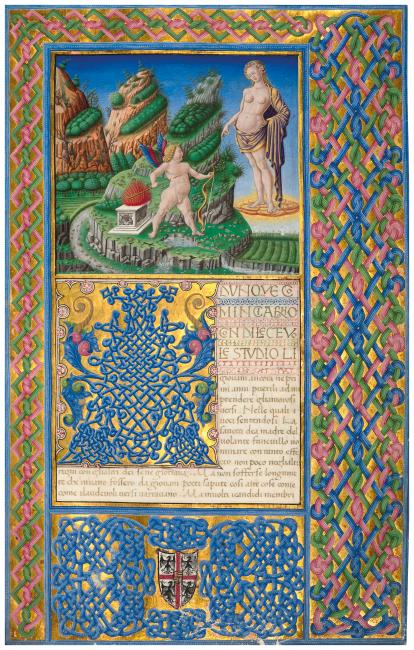 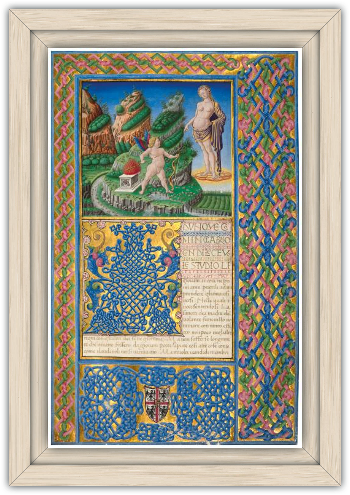 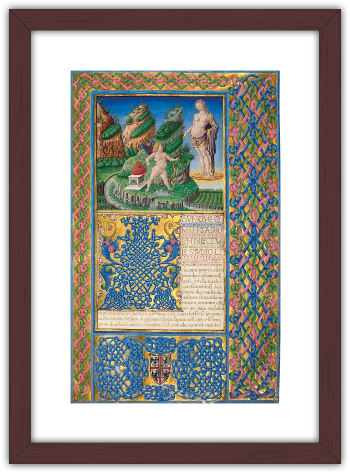 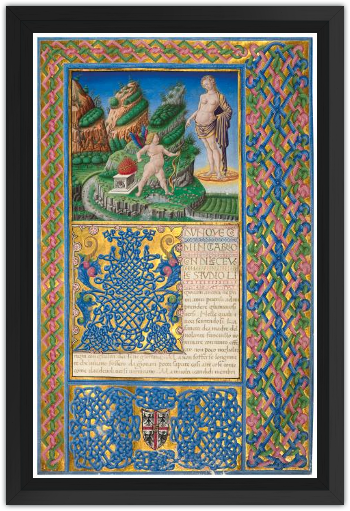 This manuscript of Boccaccio?s early tale is a product of the court of Ludovico Gonzaga, the marchese, or duke, of Mantua from 1444 to 1478. Each of the five books is headed by an exquisitely painted miniature. They are set within superbly drawn interlace borders on a gold ground, probably the work of another artist. There are also smaller initials within the text, marking chapter openings or major speeches. The miniatures do not elucidate (or even show much knowledge of) Boccaccio?s text, but give a courtly romance a classical flavour. In the miniature shown here a statuesque Cupid tempers his arrows in the stream running through the foreground. From a cloud his mother, Venus, gives him instructions while his altar burns behind him.