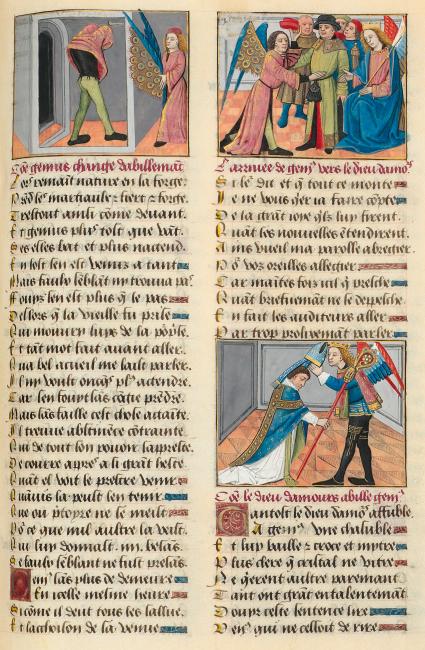 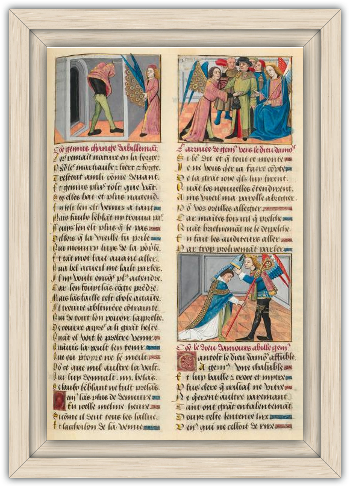 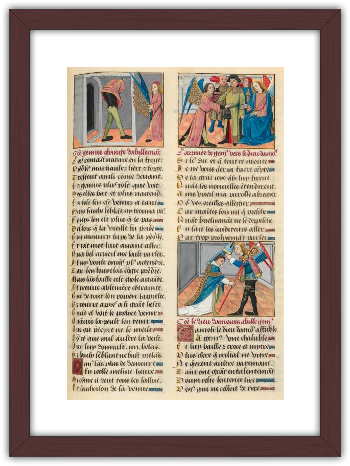 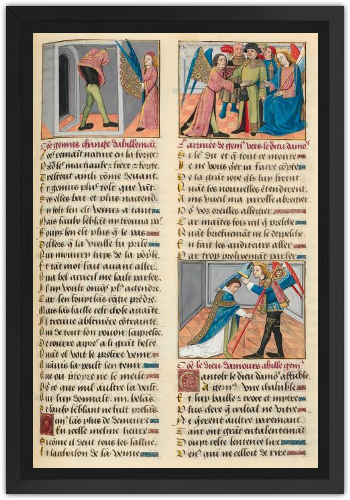 The Roman de la Rose was among the most popular poems of the Middle Ages. Genius appears towards the end of the poem as the priest of Nature. Gentle, compassionate Nature keeps death at bay in her forge, ?hammering and forging and renewing individuals through new generations?; but she confesses to Genius, ?god and master of the organs of reproduction?, that human beings are neglecting the tools she has given them and are not creating new generations. Genius flies off to share Nature?s complaints with the god of Love and to lend him his assistance. Three lively miniatures in this manuscript show Genius in action. In the first he exchanges his priestly robes for secular garments, ?as if he were going to dance?, before donning his wings for the journey; in the second, he is welcomed by the god of Love and by Lady Venus; in the third image the god of Love hands Genius a crosier and arrays him in a chasuble and mitre.