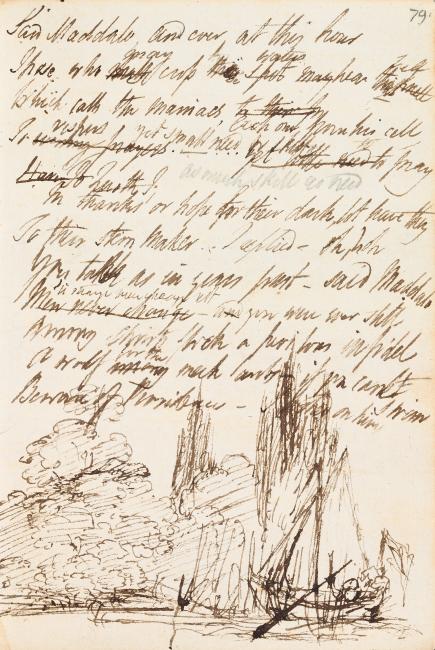 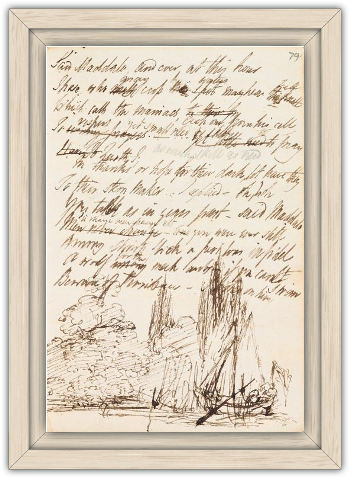 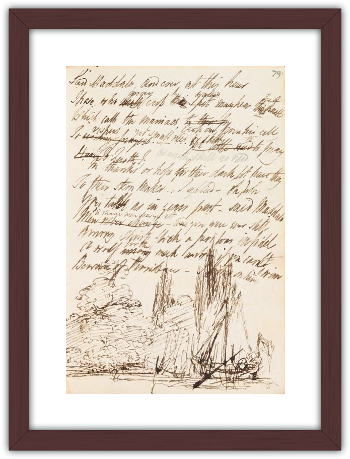 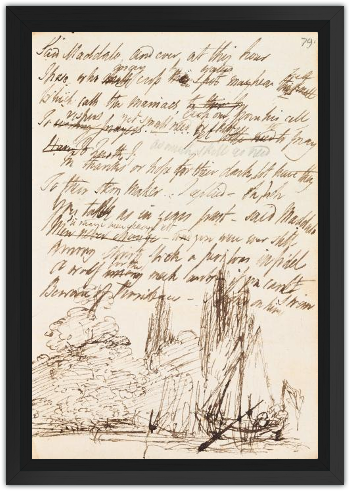 Shelley?s notebooks show him disciplining and shaping his thoughts to create highly crafted poetry and prose. Mixed up with literary composition are reading notes, memoranda, draft letters, accounts and the numerous doodles ? typically of trees or sailing boats ? that Shelley habitually drew during intervals of thought. After the poet?s death in 1822 Mary Shelley used the notebooks for her editions of his poetry and prose. On her death they took their place in the ?sanctum? her daughter-in-law, Jane, Lady Shelley, created at the family home, Boscombe Manor. This notebook contains Shelley?s original draft of ?Julian and Maddalo?. The poem was written while he was living at Venice near Lord Byron, and is an exploration of their conversations and contrasting opinions of human nature.