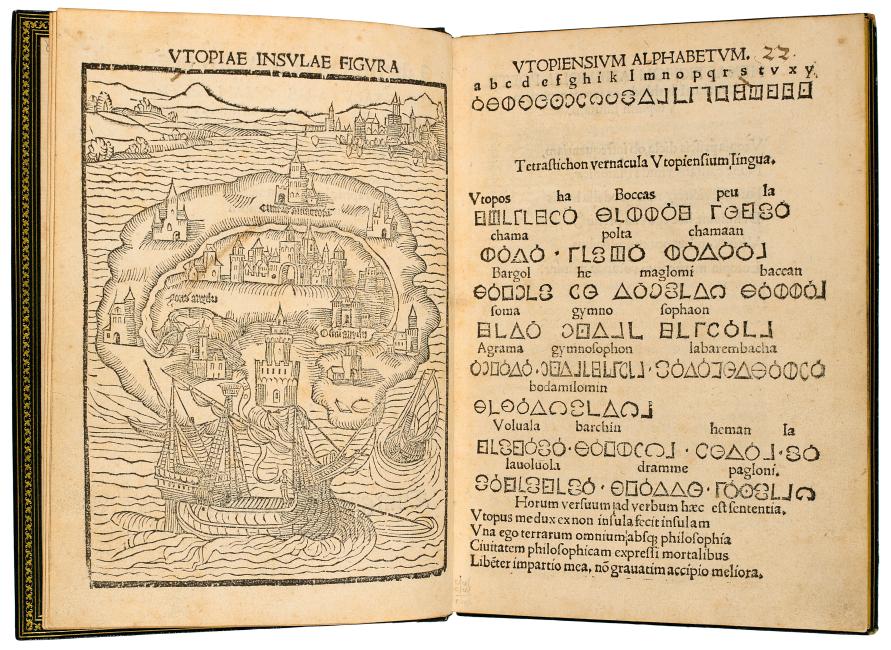 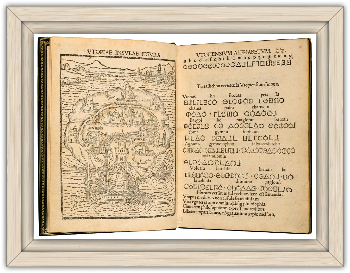 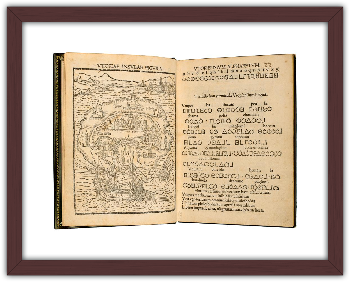 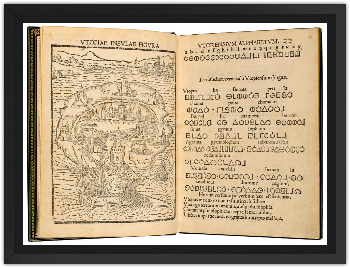 In More?s famous work an explorer and sailor describes his visits to an island called Utopia (?Nowhere land?). The authoritarian laws of English society are critically compared to those on Utopia, where all things are owned in common, there is universal state education for men and women, and differences in religious beliefs are tolerated. More entrusted the task of seeing Utopia through the press to his friend Erasmus, asking if the book could be ?handsomely set off with the highest of recommendations, if possible, from several people, both intellectuals and distinguished statesmen?. Erasmus, who knew how to promote books, duly asked friends to write letters and poems praising the book, in a manner similar to the cover quotes used by publishers today.