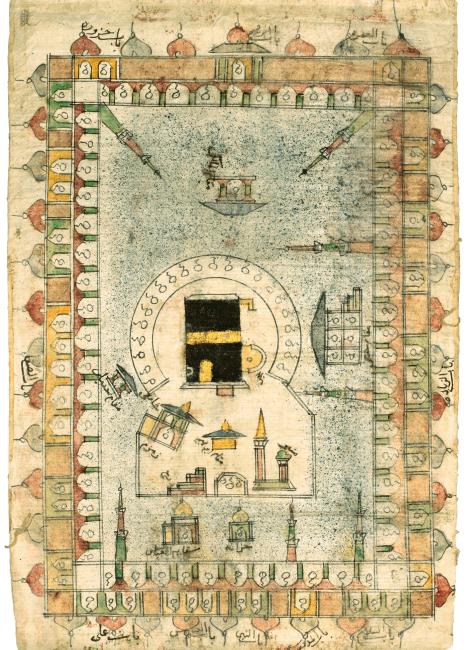 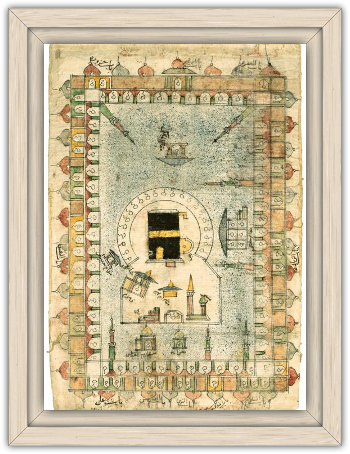 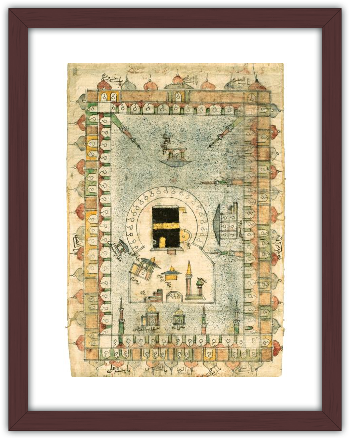 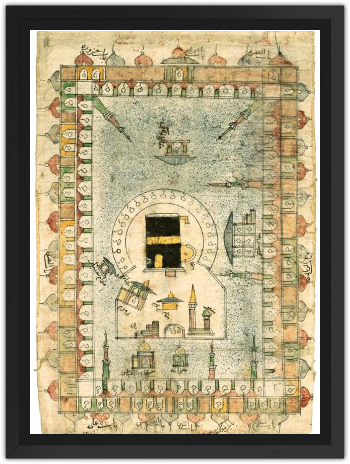 The hajj is one of the Five Pillars, or basic religious duties, of Islam. Physically and financially able adult Muslims are required, at least once in their lives, to perform a series of ancient and arduous rituals in Mecca and the nearby holy sites of Mina, Muzdalifah and Arafat. It is often combined with visits to Medina, where the Prophet Muh.ammad lived in exile, and the site of his mosque and tomb; and to Jerusalem, a city made holy by its association with the earlier prophets, and as the locus of the miraculous night ascension, or mi?r?j, of the Prophet.This scroll was a seventeenth-century pilgrim?s souvenir of the hajj. Though not ornate, this keepsake would have been important to its owner. On completing the hajj, pilgrims acquire a new title: hajji for a man, hajja for a woman. In a village the impact of an inhabitant completing the hajj could be great, and on their return they would be greeted with great ceremony and celebration.