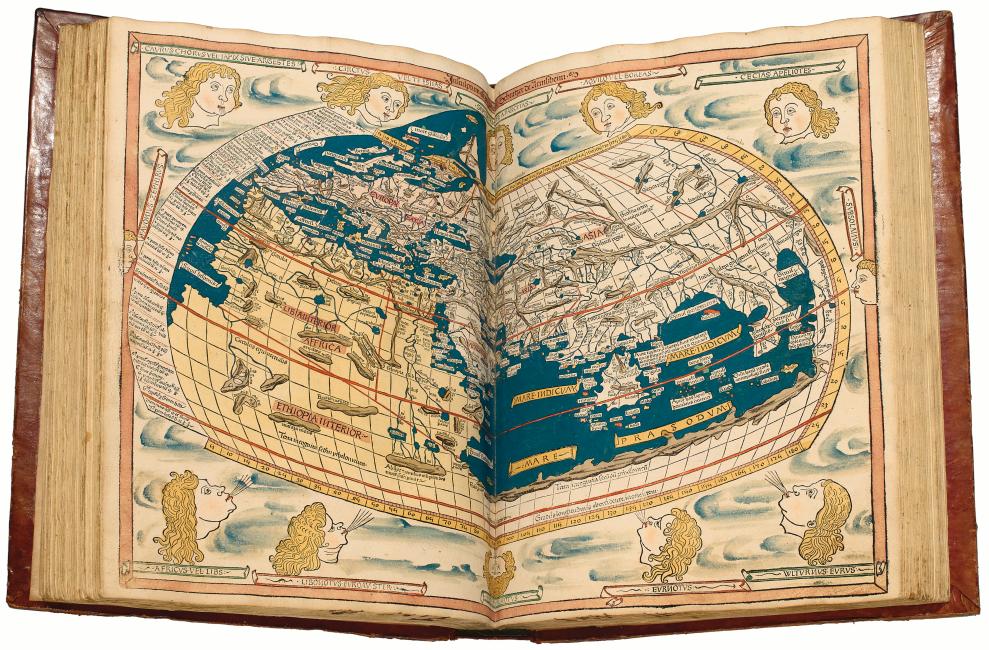 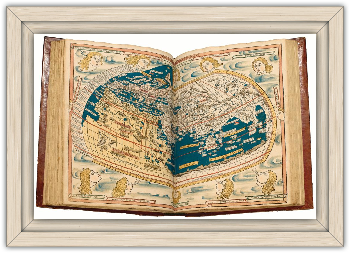 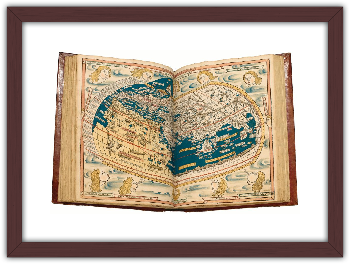 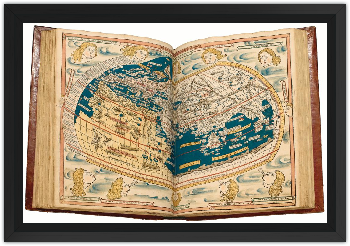 After generations of neglect, the geography of Ptolemy was revived in the West in the fourteenth century thanks to the endeavours of humanist scholars who revered classical authority. But this rediscovery came at a time when Ptolemaic geography was being superseded. The front leaf of this copy of the Geography bears the coat of arms of Ferdinand and Isabella of Castile, who six years later would be the patrons of Christopher Columbus?s Atlantic voyage of 1492. The Geography may well have contributed to Columbus?s explorations by encouraging his belief that Asia was much closer to Europe than it was. The subsequent discovery by Columbus of the American continent rendered obsolete much of Ptolemy?s geographical model of the earth, and yet editions of the Geographia continued to be published after 1492 without any reference to this discovery.