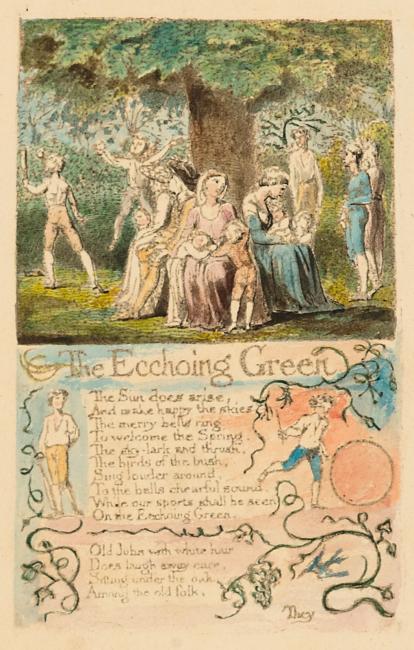 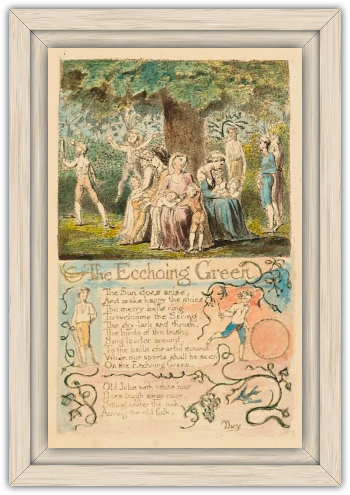 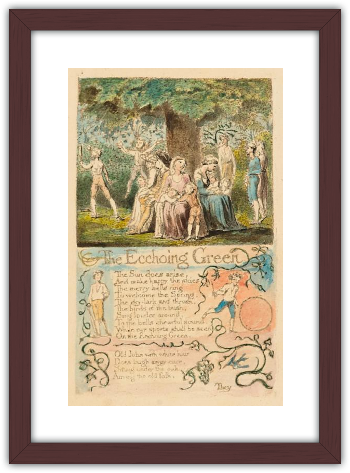 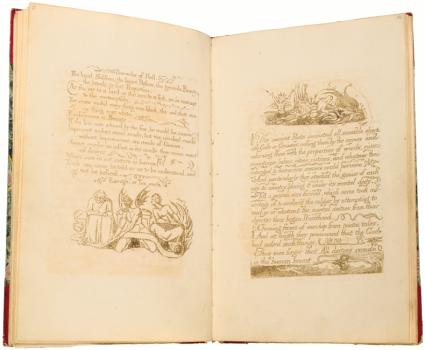 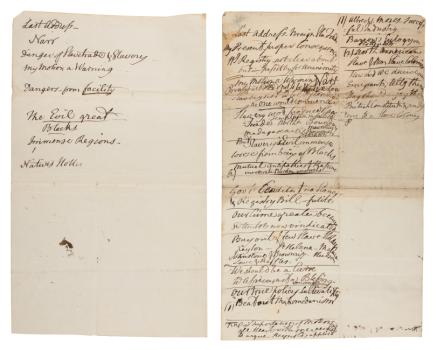 William Blake claimed to have discovered a means whereby the products of genius, formerly condemned to obscurity, could reach the public without the dilutions and distortions of middle-men such as publishers. He devised a unique form of etching in relief on copper which allowed him to arrange text and images on the same plate in complex compositions. This wholly original approach enabled him to produce ?illuminated books? which were written, illustrated, printed, coloured and distributed by himself ? a complete form of self-publishing. Blake developed his illuminated printing method around 1788 and first used it with complete success in Songs of Innocence, which appeared the following year.