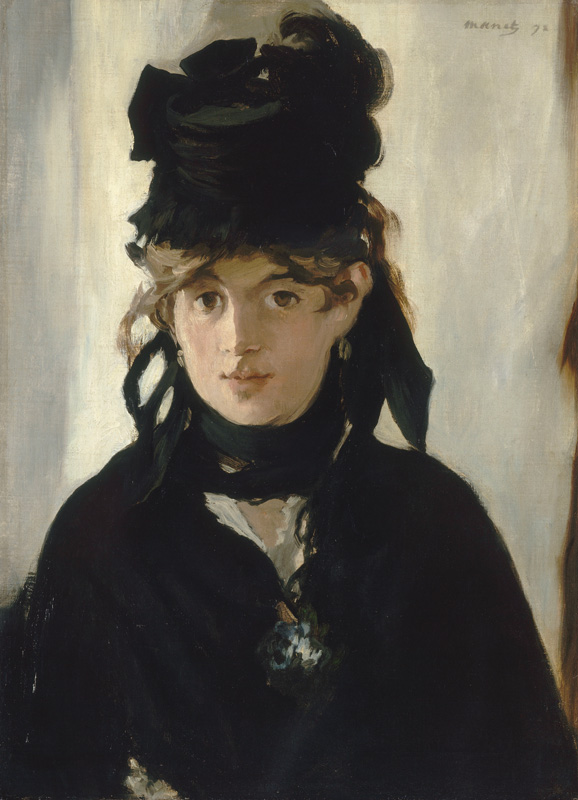 Berthe Morisot with a bouquet of violets
Manet, Edouard 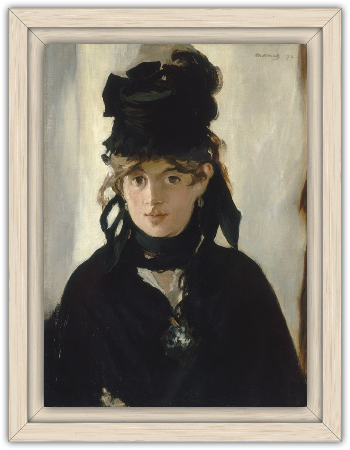 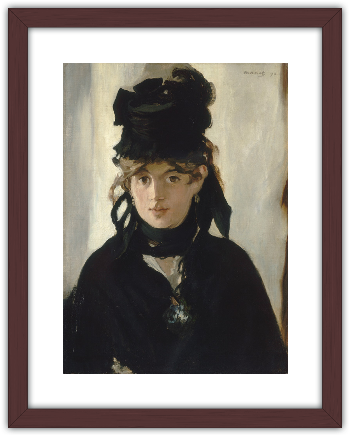 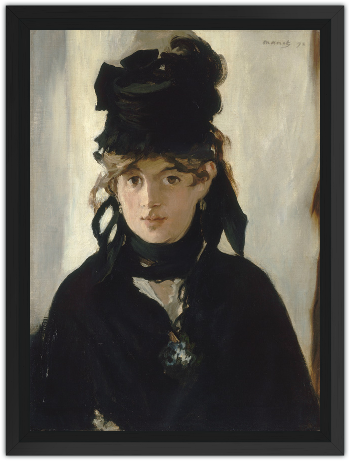 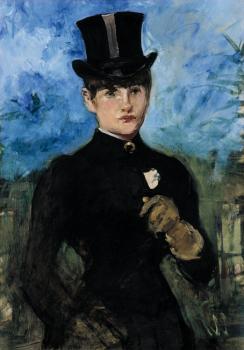 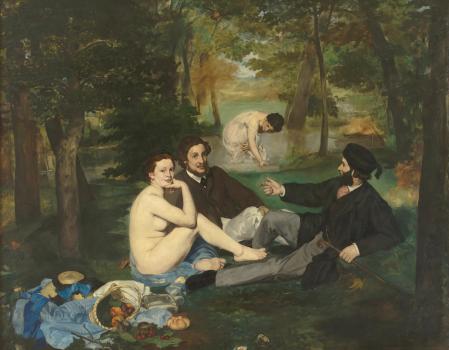 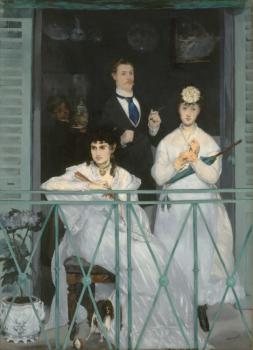 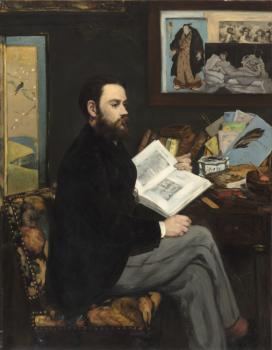 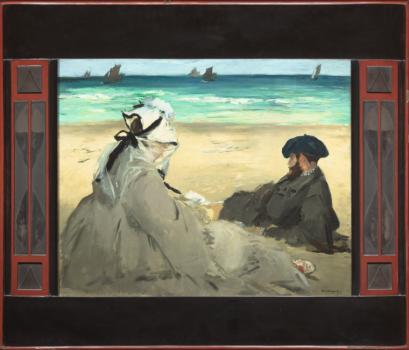 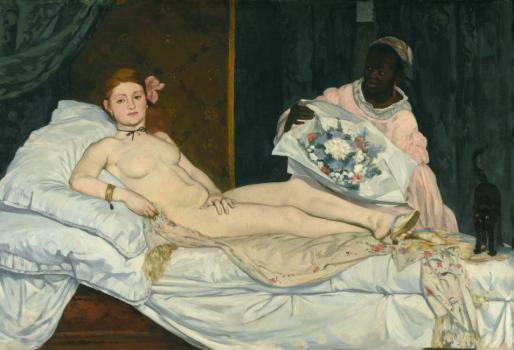 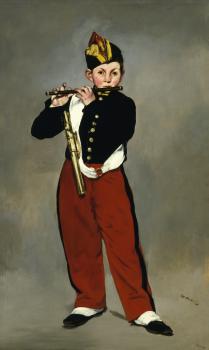 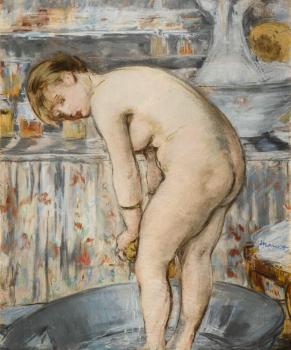 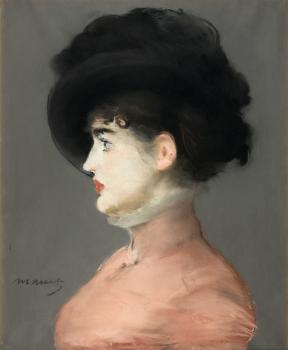 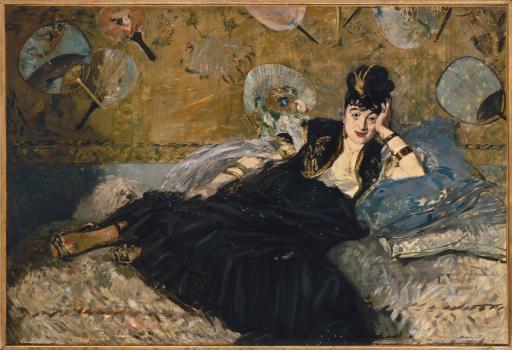 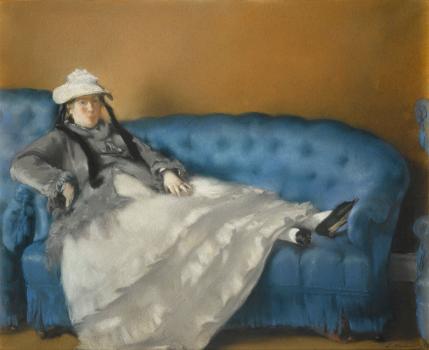 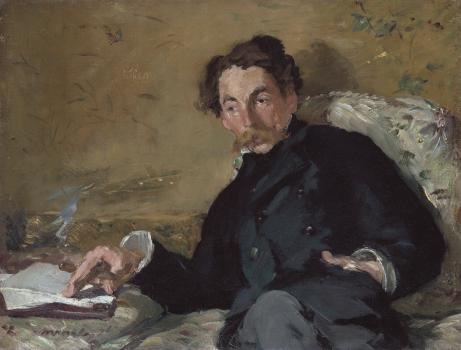 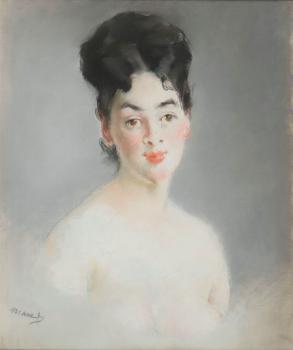 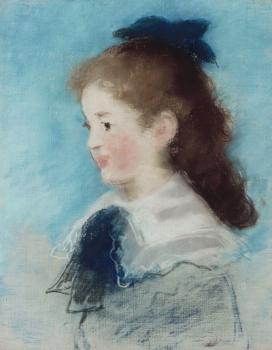 Manet was profoundly marked by the Franco-Prussian war and the Commune, throughout which he had remained in Paris, serving in the garde nationale, and unable to paint. Towards the end of 1871, he resumed his work taking up his former models including Berthe Morisot, a young painter with whom he shared a deep friendship and who would marry one of his brothers a few months later.

Rather than using the uniform light he often employed in his portraits, Manet chose here to light his model vividly from the side so that Berthe Morisot's face seems to be all light and shadow. Here represented with black eyes (in fact they were green), she is dressed all in black, with a matching hat, no doubt better to enhance her "Spanish" beauty remarked on since her first appearance in Manet's work in 1869.

This sublime composition in blacks is yet another confirmation of Manet's virtuosity. But he may also have been using the work to impart a lesson to his young disciple, reminding her of the stunning possibilities of black at a time when her own painting was becoming lighter and lighter in tone as she followed the path to Impressionism.
This strange and spellbinding portrait was rapidly considered by his friends to be one of the artist's masterpieces. Paul Valery also praised it in his 1932 foreword to the catalogue of the Orangerie retrospective. "I do not rank anything in Manet's work higher than a certain portrait of Berthe Morisot dated 1872".