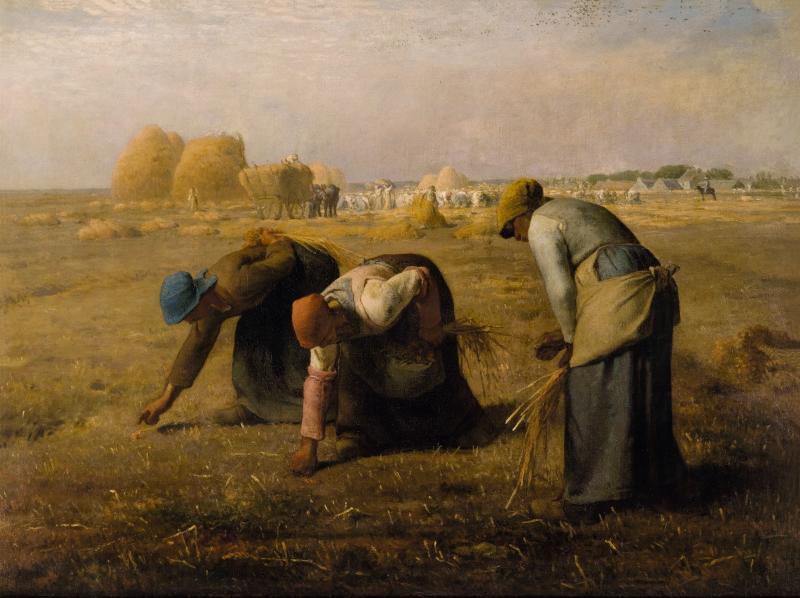 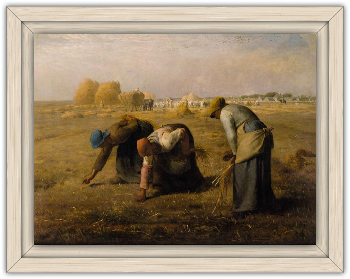 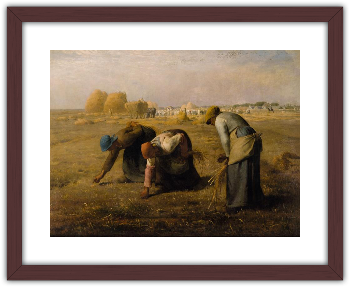 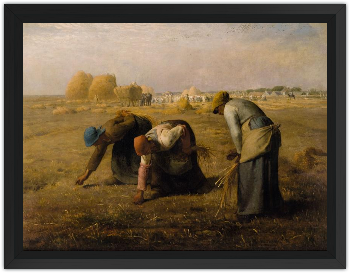 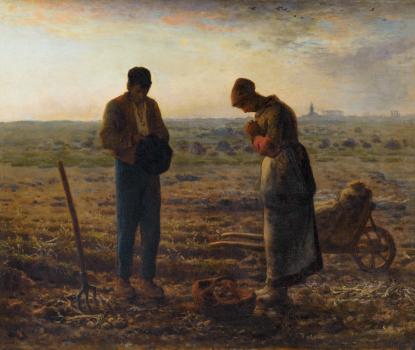 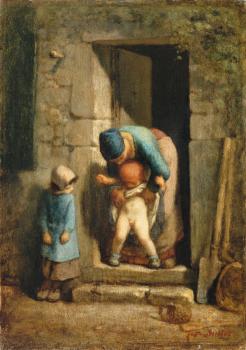 True to one of Millet's favourite subjects ? peasant life ? this painting is the culmination of ten years of research on the theme of the gleaners. These women incarnate the rural working-class. They were authorised to go quickly through the fields at sunset to pick up, one by one, the ears of corn missed by the harvesters. The painter shows three of them in the foreground, bent double, their eyes raking the ground. He thus juxtaposes the three phases of the back-breaking repetitive movement imposed by this thankless task: bending over, picking up the ears of corn and straightening up again.
Their austerity contrasts with the abundant harvest in the distance: haystacks, sheaves of wheat, a cart and a busy crowd of harvesters. The festive, brightly lit bustle is further distanced by the abrupt change of scale.
The slanting light of the setting sun accentuates the volumes in the foreground and gives the gleaners a sculptural look. It picks out their hands, necks, shoulders and backs and brightens the colours of their clothing.

Then Millet slowly smudges the distance into a powdery golden haze, accentuating the bucolic impression of the scene in the background. The man on horseback, isolated on the right, is probably a steward. In charge of supervising the work on the estate, he also makes sure that the gleaners respect the rules governing their task. His presence adds social distance by bringing a reminder of the landlords he represents. Without using picturesque anecdotes, merely through simple, sober pictorial procedures, Millet gives these certainly poor but no less dignified gleaners an emblematic value free of any hint of miserabilism.