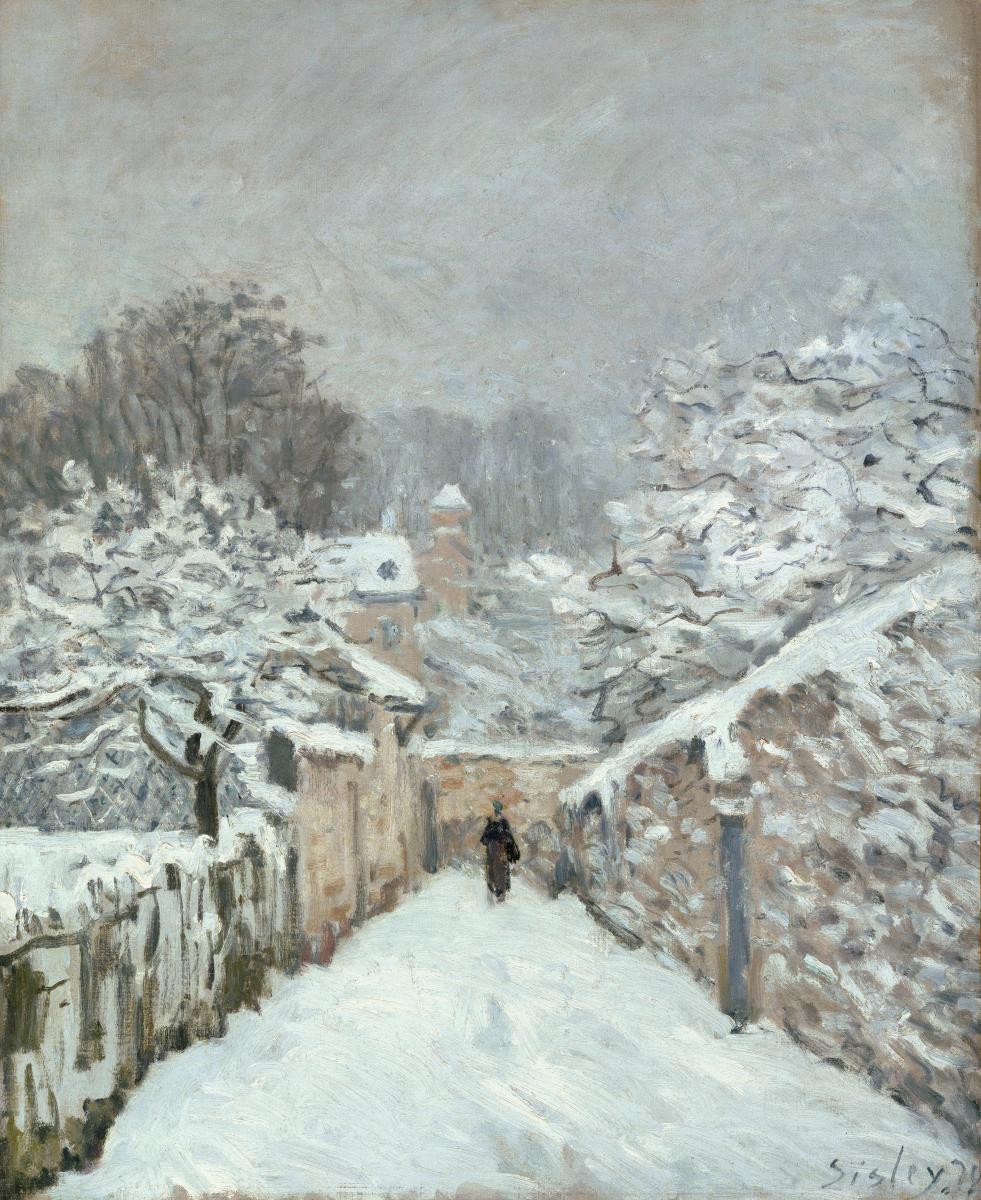 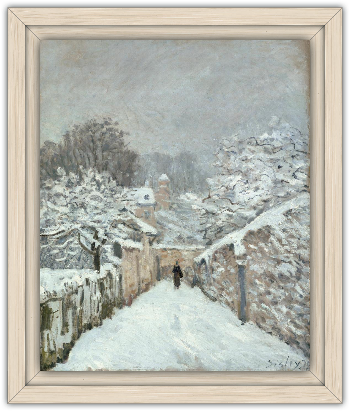 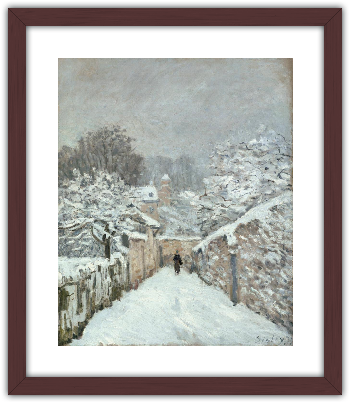 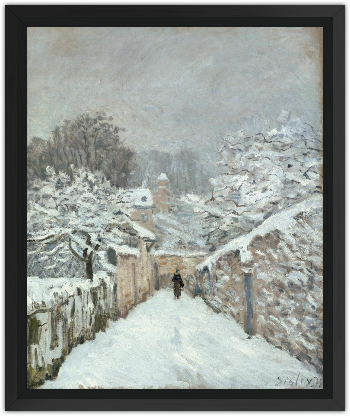 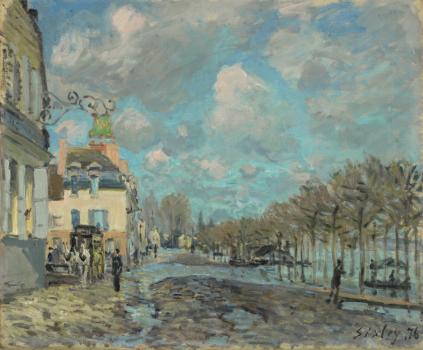 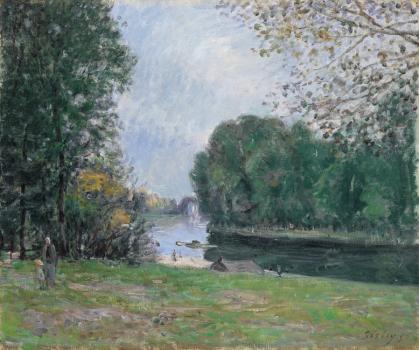 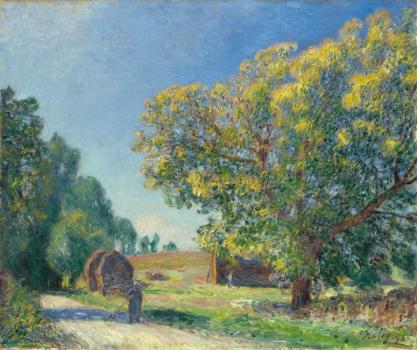 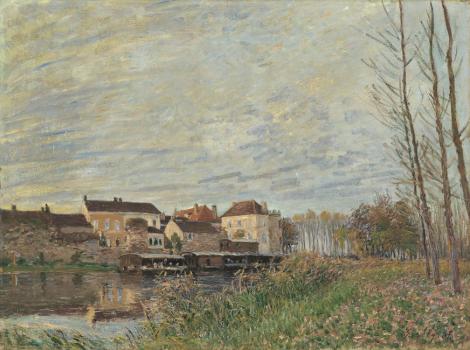 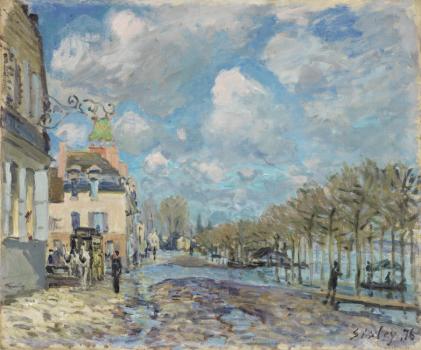 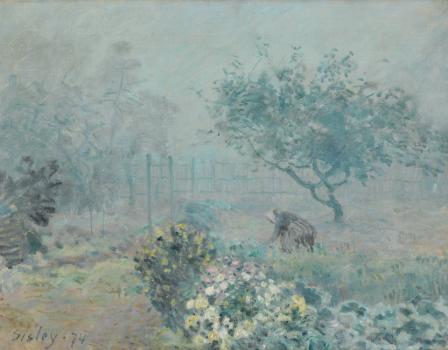 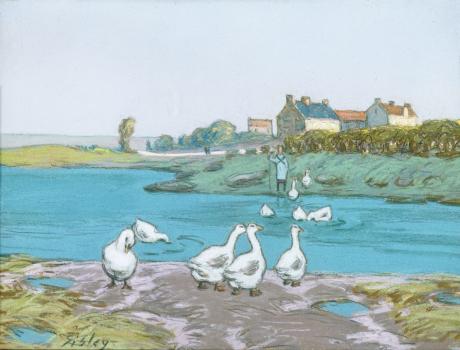 The countryside in winter particularly attracted Sisley who excelled in capturing the sadness and desolation of nature. His taciturn and solitary temperament was more suited to mystery and silence than to the brilliance of the sun-drenched Mediterranean landscapes that artists like Renoir were so fond of.
Like Monet, Sisley followed Courbet's example in painting snow scenes. This subject appealed to the Impressionists because it allowed them to study the variations in the light, and to use different ranges of shades. Through small touches of colour placed on the canvas, the land appears iridescent with bluish reflections rather than uniformly white.

The winters spent in Louveciennes, in Marly-le-Roi or in Veneux-Nadon inspired Sisley to paint numerous snow scenes, such as this one. Snow at Louveciennes also illustrates the painter's experiments with perspective: a snow-covered road disappears into the background, inhabited only by one small, isolated character. The artist's sensitivity, expressed in these refined, delicate landscapes, where colours form discreet harmonies, may be explained by his British origins. Besides, Sisley had been able to admire the works of Bonington, Constable and Turner during the four years he spent in England from 1857 to 1861, and on later visits. We must also remember that the technique of watercolour, much in favour in Britain, had helped to introduce a certain freedom into painting.