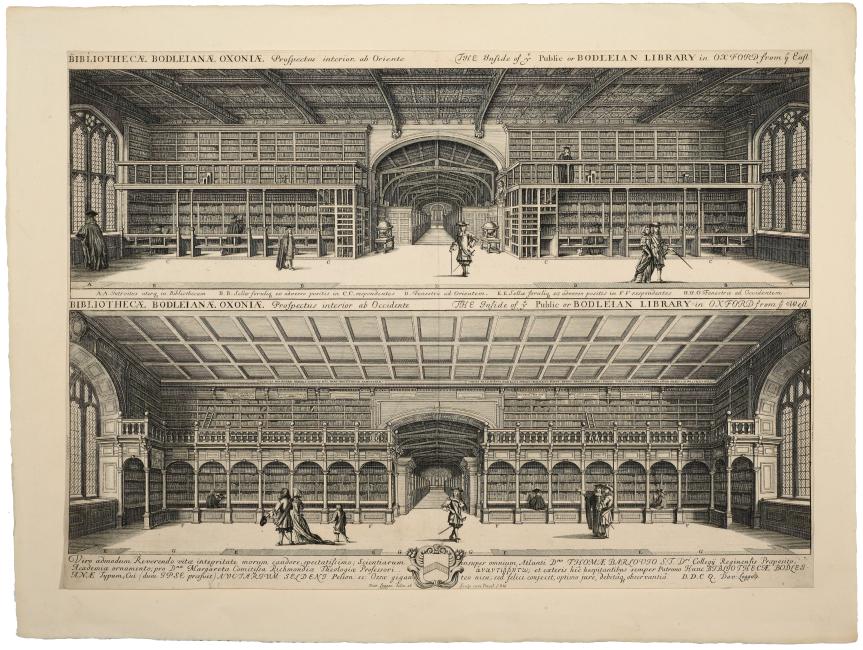 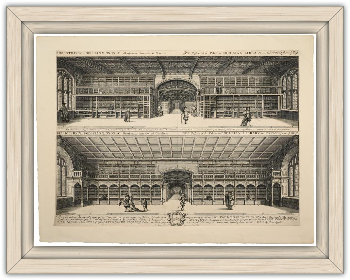 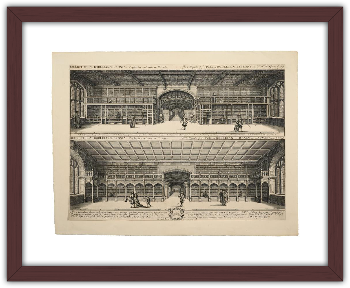 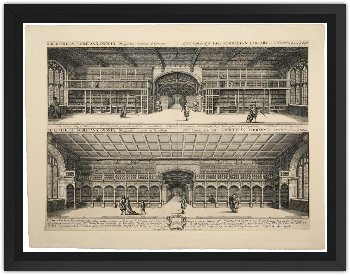 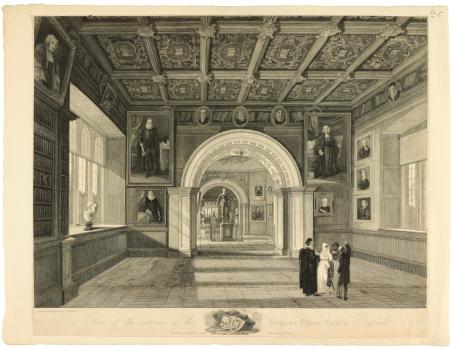 This engraving of the Bodleian?s interior shows Duke Humfrey?s Library from both Arts End and Selden End. When Bodley established the new Library he was determined to turn what had a become ?a great desolate roome? into a noble space that would give readers all they required and would also ?stirre vp other mens benevolence, to helpe to furnishe it with bookes?. In Arts End bookcases were placed against the walls from floor to ceiling, with a gallery at mid-height. This was the first time such a system had been used on a large scale in England, and it allowed the Library to accommodate the numerous books that came from the Stationers? Company. It was also employed in Selden End, which Bodley had imagined before his death as ?some bewtifull enlargment at the west end?.