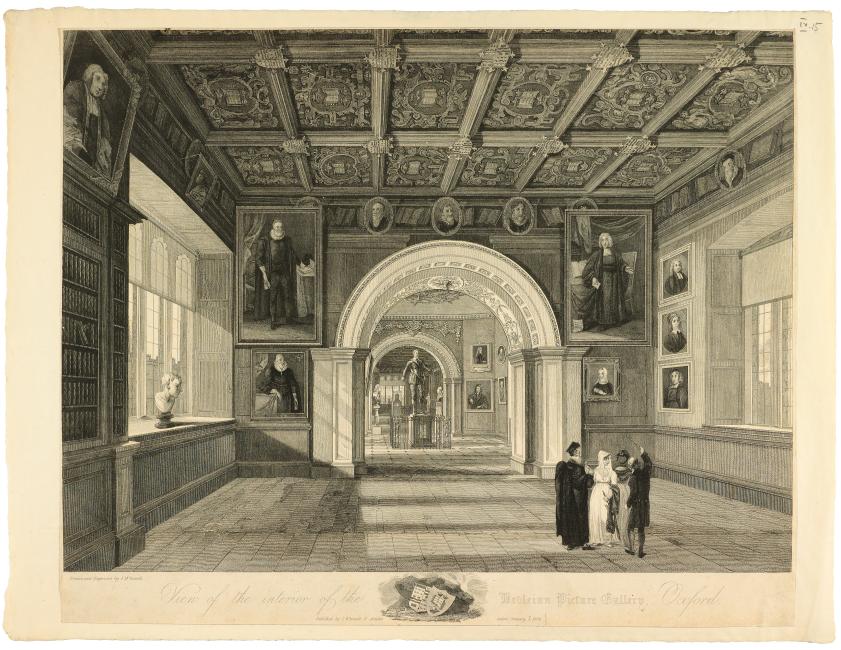 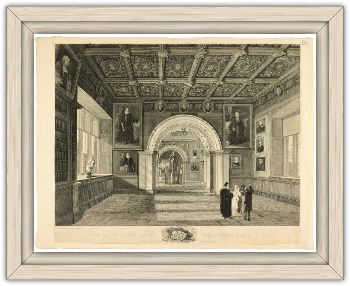 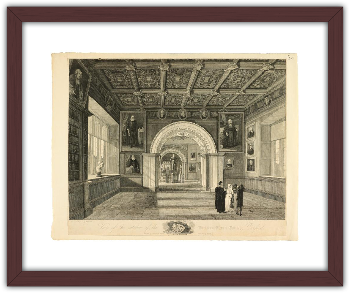 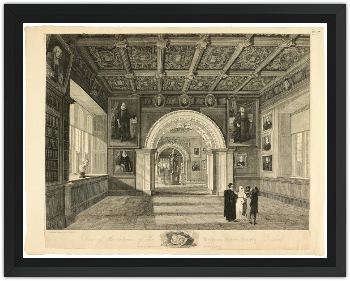 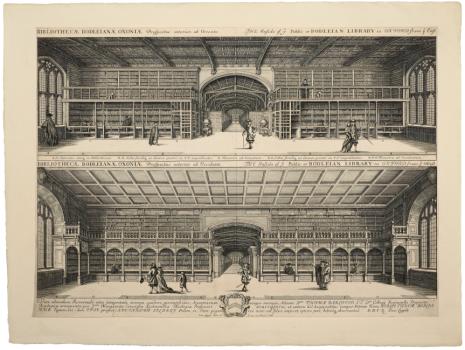 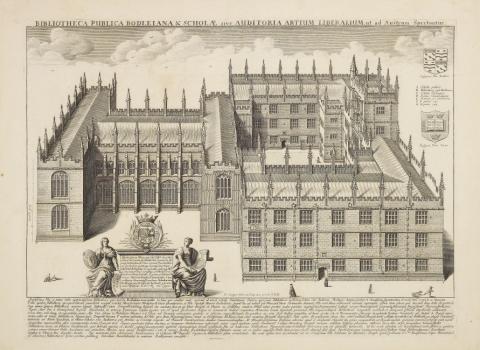 Loggan?s bird?s-eye view of the Bodleian Library and the University Schools is characteristically detailed and accurate. Forming the cross-stroke of the distinctive ?H? to the west is the oldest of the buildings, completed in 1488. On the ground floor is the Divinity School, and above it the medieval University Library of Duke Humfrey, which by the end of the sixteenth century had been denuded of furniture and books, prompting Thomas Bodley?s decision to refound the Library. To its right is the later extension of Arts End (1610?12) and to its left a second extension, Selden End (1634?40). To the east of the Library is a large quadrangle (1613?19). The first two floors contained the University Schools, where lectures and examinations took place. The upper storey was part of the Library.